Dopamine - Dying Away In The Deep Fall 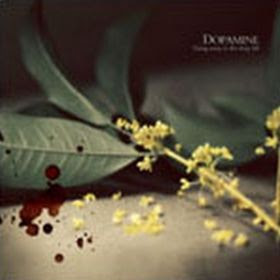 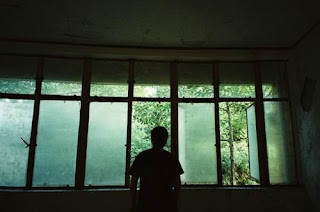 The End Of A Bleak Life.

Dopamine is the Chinese post-black metal trio from China. This was Dopamine's only full-length release before splitting up. This full-length does continue in the path previous releases have as well.
Beginning this album are the subtle echoes of a clean guitar being strummed, opening this five track journey. These tracks do carry along within the same vein of the other material Dopamine released, a mix of black metal, post-rock, and shoegaze, the album seems to be the accumulation of everything the trio has ever released into a solid, full-bodied album. This full-length embodies that uniqueness that Dopamine had in their short period of existence.
The melodies on here are seem to be made much more catchy and accessible, even to people that aren't into the occasional black metal parts. The melodies themselves, while seemingly all shoegaze, still manage to draw upon some of the more intense moments of black metal during their duration, or having a clean melody played over an intense black metal section. This is something Dopamine has always been great at, having melodies that will stick in your head over time, this can be found at the beginning of almost every track on here, but especially on the centerpiece III.
Songs on here also build and fall a lot more often than on previous songs. Most do follow a format of starting clean and open and rise to an epic finally, while others do go along detours instead of straight ahead paths, hear IV. Tracks on here also are all fairly lengthy, so you do get a steady rise and not an instantaneous one.
Zhao, the vocalist and lyricist, is a member of the band that is noticeably absent from most of this album, only coming on tracks like III and V. His screams are very harsh and aggressive, and never really break into the cleaner moments of the band, only coming in the black metal sections. Despite the fact that Dopamine has never been a depressive band, his vocals do bring that sound to them a little bit.
Overall, this album is just the final drops of life that this project was able to release before dying away. Fortunately, both this full-length and everything else they released was of a high quality and did provide some of the best post-black metal/black gaze out there. If you like the depressive side of metal or the other terms of it, this should be the next thing you hear.
Overall Score: 8
Highlights: III, V

Posted by maskofgojira at 1:36 PM