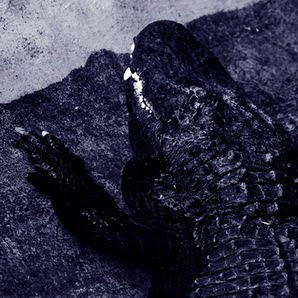 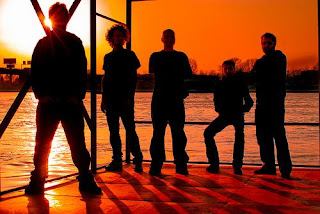 Soon To Be Gracing The Cover Of Rolling Stone Magazine.
Consecration is a progressive stoner metal band from Serbia. This five piece have previously released an earlier full-length, live album, and several demos before releasing this second album. On this disc you can expect a mix of bands like Eyehategod to King Crimson.
This group play a style that isn't that far removed from bands like Baroness, Black Tusk, early Mastodon, or Kylessa. The stoner/sludge feel on here is immediately felt within the opening blues riff of Aligator, but that's only when the band gets heavy. When the band will often shift throughout a song, on the one in particular, shifting close to half way through it and morphing into an Isis meets Hawkwind sort of song. Even the minute long instrumental Cisterna manages to keep a blues tinged sound.
Most of this album tends to dwell a lot within an almost post-rock/metal realm that those other bands don't really go into too much. This is a different use of the proggy and psychedelic influences than the other bands use them for. The band also manage to use a lot more atmosphere in their music than their American counterparts do, hear a songs like the title-track, .avi, or Idiot Glee, that manage to move into almost pure post territory.
The vocals on here differ much more than any musical resemblances to other American progressive sludge bands though. Due to the band making use of two clean vocalists, Danilo Nikodinovski, who also plays guitar, and Nemanja Trecakovic, who uses a vocoder and plays keyboards, the band achieve a very different sort of vocal sound than their piers. The vocoder doesn't appear all that often in the album, in fact, vocals don't make themselves a very big part in the album all together.
Overall, this is a record that should appeal to everyone that finds bands like Mastodon and Baroness so unique and appealing. A lot of progressive turns on here definitely showcase the band's love for that genre of music. If you like exploratory music that has some trips into older, 70s music, this is for you.
Overall Score: 7.5
Highlights: .avi, Djavo Nije Urban
Posted by maskofgojira at 12:41 PM