Coliseum - House With A Curse 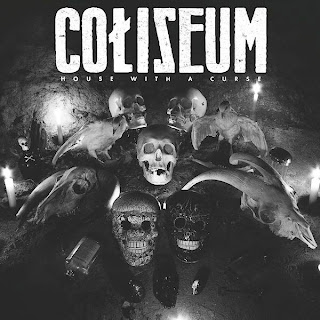 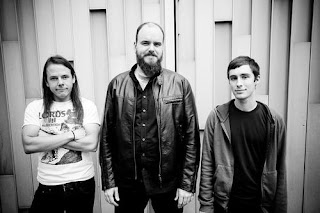 Coliseum is a hardcore punk trio from Kentucky. Since their inception in 2003, the band has toured throughout the world with many high profile acts including Converge, Napalm Death, and Mono. This third album begins to move a bit further from straight ahead punk styles into more rock and sludge based territory.
Coliseum has always been a band that has had a good sense of melody in their music, but this album really redefines the way they use it. The songs on here feel more like full pieces of music rather than a punk song that has melody, the difference being that these songs really show the influence that touring with bands like Baroness has had, integrating a bit more dynamics into songs. Older songs had a bit more of the Converge-esque wild and chaotic nature to them.
Songs like Cloaked In Red and Perimeter Man show a bit more of a "The Word Is Law"-era Neurosis to them, still having that sort of punk energy, but slowing things down to a crawl. These songs really show that the band has learned how to reign in all the aggression and create songs that are able to have more elements than just a speed induced fist to the face. Despite having gained a strong ally in melody for this record, the band still have plenty punk influenced tracks, Everything to Everyone and Skeleton Smile, that are a lot more upbeat and fit for live performances.
Overall, this is a decent release that definitely shows an evolution in this band. Being not the biggest fan of this style of music, I can't say I'm an expert on it, but it's cool enough. If you like music that has a punk sort of attitude or spirit but features a bit more of an old-school rock sound, check this out.
Overall Score: 7
Highlights: Crime and The City, Isela Vega, Man Was Not Meant to Fly

Posted by maskofgojira at 6:30 AM