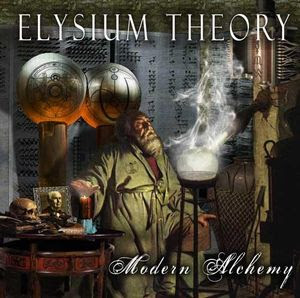 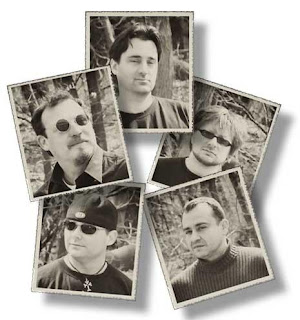 In Prog We Trust.

Elysium Theory is a progressive rock group from New York. After forming in 2006 with the idea of exploring sounds created by groups such as Pink Floyd, Porcupine Tree, and Riverside, the instrumental side brought Dan Peterson into the fold as their vocalist. As this is the group's debut full-length, their influences are seen very clearly.
The influences these guys take from is fairly obvious once the title-track starts up, after the intro that is. These guys play similar to every other prog rock/metal band out there right now for the most part, which is a bit disappointing. You have a fairly standard sounding band here that is trying to be original, but since it is a debut it is to be expected, because you have some decent riffs and and parts that stick out, but everything else just seems to be mild at best.
Musically, these guys manage to create some fairly standard prog-rock/metal, which wouldn't usually be bad, except that there really aren't any parts that manage to stick out above the rest. The songs composed on the other hand are crafted together well, managing to switch up the structures in songs, but keep the choruses hooky and melodic. The band actually manage to keep things varied as well, like a more prog-metal track like Beyond Yourself to an almost 80's ballad kind of thing on River In The Sky.Probably the biggest problem with this is how it's mixed, the instrumentalists sound much farther back in the sound than they should have been, with vocals too loud in contrast.
The vocals on here don't really fit with the music for some reason, it might just be me. The vocals don't appear to express a lot of real emotion or too much of a range, most of the vocal lines seem just like every other line on the album, and at times the vocals even get annoying, hear The Source. For the duration of the album, his vocals are tolerable at best, and it really becomes apparent in some tracks, hear the final track, Intrigued By Faith, that he is trying to sound like James Labrie (Dream Theater), which is a bit of a irksome kind of habit exhibited throughout this album.
Overall, this album is just barely tolerable due to the vocals. This isn't something I'd recommend checking out unless you want to check out every band that has the tag of prog put on it. If you're a fan of the bands mentioned above, you might like the musical portion of this, as I did, but otherwise, not the best album the genre produced.
Overall Score: 5
Highlights: All Seeing Eye, Chaos, River In The Sky
Posted by maskofgojira at 9:40 AM