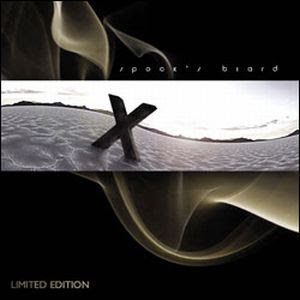 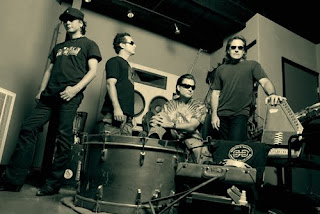 It's Their Tenth Album If You Can Believe That.

Spock's Beard is a progressive rock band from California. This is the fourth release to not feature band founder Neal Morse on it, instead featuring his brother Alan Morse. Following in the vein of their more recent work that has explored a heavier and more metallic sound is where this album's sound lies.
Much like other records in the past by Spock's Beard, there is a high neo-prog sort of vibe that is prominent in the sound, this record doesn't really do much to change that. A lot of keyboards are still very dominant within the songs, but since Alan Morse joined the band, guitars seemed to have moved up in the sound a bit more and incorporating some more metal and hard rock influences. The tracks on here are a bit more epic than on previous releases with Alan on them, with 3 tracks topping 10 minutes.
While this album starts things off with a strong opener, Edge of The In-Between, that perfectly showcases a more modern sounding sort of vibe that is shown within most tracks on here. This opener is very vibrant and seems full of life and is has some strong vocals, delivered by drummer Nick D'Virgilio that put the track in almost a pop setting. Once again, this track feels very modern, while it's follow-up, The Emperor's Clothes, seems to bring back a lot of the band's more neo-prog past, using somewhat cheesy sythe horns throughout the entire piece. The dichotomy between the two styles, more modern prog-rock of the newer albums and the neo-prog of the band's early material seem to collide on this record, bringing the heaviness, but also enough cheese and sythe work to keep the band sounding like they always have.
This album, due to most of the tracks being fairly long, the entire album is just under 80 minutes, there is quite a lot going on within each track. Some tracks exhibit more of a metallic edge like in the instrumental Kamikaze while others are far softer and melodic, like the dark orchestrations of Their Names Escape Me. Tracks, more often than not, weave themselves in and out of themselves to create long epics that have the potency that all prog epics should possess.
The two longest tracks on the album, From Darkness and Jaws of Heaven, are tracks that are almost polar opposites in their style. The latter track is very much in the vein of the rest of the album's heavier rock based sound with some of the best bass work on the album, while the former is much more atmospheric and sombre sounding in comparison. Though it is expected for epics to be different from each other, as well as normal tracks as well, it just struck me as odd that two of the three longest tracks on here were had more of a high energy mood, for the most part, while the other kind of brought you down to a bit of deeper mindset than the tracks before of after it put you into.
Overall, this is a very good record that contains a lot of good memorable moments throughout the entire album. This is easily the best record the band have put out since Neal's departure. If you're a fan of progressive rock, both modern and the old-school, this would be one to definitely check out.
Overall Score: 8.5
Highlights: Edge of The In-Between, The Quiet House, Jaws of Heaven

Posted by maskofgojira at 7:16 AM