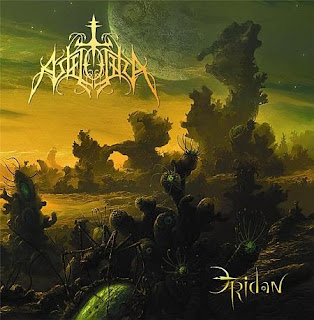 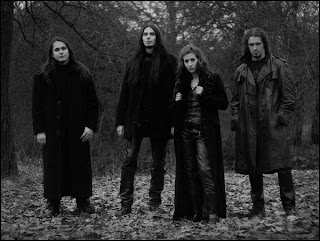 Astel Oscora is a symphonic black metal band from Russia. Unlike their more mainstream counterparts, these guys manage to create something a bit more tolerable and unique sounding. This band has a much greater sense of atmosphere than any of their predecessors.
The statement above is a bit bolder than I would normally try and phrase something, but it fits. The bands that you'd immediately and obviously compare these guys to are bands that have been around and have, in recent years, gone on to become some of, if not the most well known names within black metal. These guys are definitely not as well known, but their sound does owe a bit to those bands as much as any other band does with this tag attached to them.
Unlike the main groups that come to mind with that tag, the Dimmu Borgir, Cradle of Filth, and Old Man's Child, this group manages to pull off a lot of the symphonic stuff without going overboard or sounding cheesy. But it's by no means as extreme as artists like Mirrorthrone or Pensées Nocturnes by going the whole avant-garde compositions and progressive structures. This band really seems to bridge the two, having enough of the actual symphonic kind of stuff to keep in with the cheesy bands, but enough experimentation with those keyboard parts to not make them cheesy.
There's enough on here to make this band stand out among all the rest though. A track like The Amulet starts the album out in more of the cheesy way, but once that track ends, more weirdness enter the band's sound more and more. Tracks like Phaeton and Soul of The Monster take the more progressive approach, changing up the songs about half way through them. The longer tracks, God of Dead Dreams and Sea of Malace to be specific, are obviously the ones that have more in common with progressive and avant-garde than the shorter tracks do, shifting dynamics several times in their selected course.
Overall, this is a decent symphonic black metal release, and one of the better new bands to do anything decent with the genre. Taking enough influence from the mainstream, but also from the underground and melding them into their own style, this band has potential to craft a great album in them. If you're into the classic sounding symphonic black metal, or the more experimental side of it, check this out.
Overall Score: 7.5
Highlights: Feature of The Universe, God of Dead Dreams, Crimson World

Posted by maskofgojira at 2:59 PM