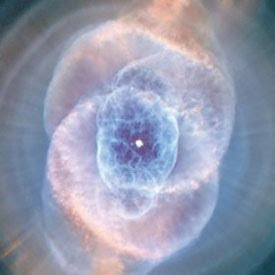 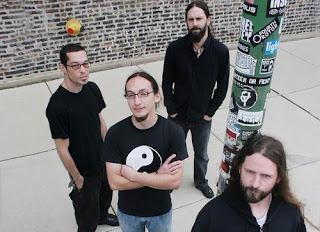 The Growing Waves That Eventually Consume.

Yakuza is a jazz metal band from Illinois. The band was formed in 1999 mixing influences from everything ranging from Napalm Death to Neurosis to Pink Floyd to John Coltrane. The band have become known for their unique sound that is reminiscent of bands like Mastodon, but utilizing brass instruments as well.
Yakuza is a band that has never just created "songs," instead making each track it's own musical journey; and in that respect, this album is no different. Each track on here has it's own sort of landscape that the music carves out for itself while Bruce Lamont's (vocals, saxophone, clarinet) vocals provide each track with it's own story. While none of this is really out of the ordinary compared to the band's previous work, the songs on here are much more fluid and seem to move into each other, in one single journey as opposed to separate ones, on here.
The tracks into and of themselves though range from aggressive and pounding metal songs, Thinning The Herd, to open, almost post-rock soundscapes, Be That As It May, and everything in between. There is a lot of variation on this record and it only adds to the experience. As much as people will probably dislike this comparison, it does seem to fit, this album could be compared to Negură Bunget's 2006 masterwork "Om," as both records do feel like an out of body experience and journey through time as well as soul.
What's been said in other people's remarks about this album is that the vocals are slightly too weird for their liking and often ruin it for them. This is all opinion though, as the vocals, for me at least, are perfect for setting a mood of melancholy or anger. Lamont's croons manage to set a mood that really opens some songs up, while his growls are a bit average for the sludge style, they do fit the band. The sax work on here is really the thing that has been what has taken people aback when listening to Yakuza for the first time, as it's not usually associated with the metal genre, but definitely is something that really makes this band original for a reason.
The other members of the band, Matt McClelland (guitars, vocals), Jim Staffel (drums, percussion, keys), and Ivan Exael Cruz (bass), manage to channel so much within each song, sometimes remaining in a metal base, thrash, death, doom, and black, or moving into the already mentioned realms of post-rock, jazz-fusion, and world music. The beautifully constructed Farewell to The Flesh moves so fluidly throughout it's 11 minute course moving through post-rock into pure doom proves to be a trip in itself. This track juxtaposes the aggressive death-trash of Good Riddance (Knuckle Walkers) which is one of the most aggressive songs on this album.
Overall, this is a fantastic record full of twists and turns, ups and downs, that prove to be a roller coaster ride when listened to from start to finish. This is a challenging listen, as it does involve a mindset where you are open to this record and you can be engulfed by it, but there are still moments where you can bang your head if you wished for this record to be just that. Definitely one of the best records to come out this year, check this out if you want a listen that is unlike what you've heard before.
Overall Score: 10
Highlights: Every Song Is A Highlight

Posted by maskofgojira at 5:30 AM