The Dreamers - Ipos: The Book of Angels Volume 14 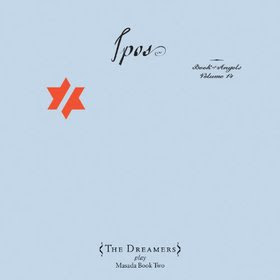 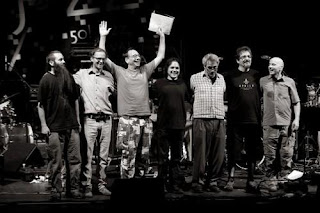 They Dream, And They Play As Well.

The Dreamers is a jazz project put together by John Zorn. Though he put it together, Zorn does not perform on this album, but all the pieces were composed by him. This group does feature members that have worked with Zorn in the past.
The group performing on this record include Joey Baron on drums, Cyro Baptista on percussion, Kenny Wollesen on the vibraphone, Jamie Saft playing the keyboards, Trevor Dunn on bass, and Marc Ribot on guitar. This group is previously mentioned to have worked on other albums under different names for Zorn in the past, specifically within the Music Romance series recordings of 2001's "The Gift," 2008's "The Dreamers," and 2009's "O'o." These records have all proven to be some of the most classically respectful sounding record Zorn has produced in those years.
This record continues with the style established on those records on here as well. The most obvious influences include surf rock, latin jazz, and film and world music, but others include exotica and new wave as well. There is a lot going on where some influences are playing right on top of each other.
The performances on here are, as always, top notch with some very natural and rehearsed playing. Dunn's bass lines are jazzy and play in perfect unison with the children's music-esque use of the percussion and vibraphone as well as Ribot's bluesy guitar playing style. The entire group manage to maintain a laid-back sort of vibe throughout the record, keeping a lot of the parts very dreamy, a prime example in the track Oriel.
The longer tracks on this album are prime examples of the more space being put into otherwise, what I would assume from Zorn, strictly composed songs. Tracks like Qalbam and Ezriel have big spaces in their structures where things just get really spacey and trippy, think space rock here. Tracks like these, I would assume, have a bit more improvisation to them than others do and make things seem so real and live sounding.
Overall, this is a decent release from a group of musicians that are some of the most underrated in the business right now. The only real fault with this record is that it really isn't that different from the other three records mentioned above, but that's more of a stylistic thing that links them together. If you're a fan of Zorn's more non-improv stuff, or just like experimental rock and jazz, this is worth checking out.
Overall Score: 8
Highlights: Hashul, Zavebe, Qalbam

Posted by maskofgojira at 10:40 AM