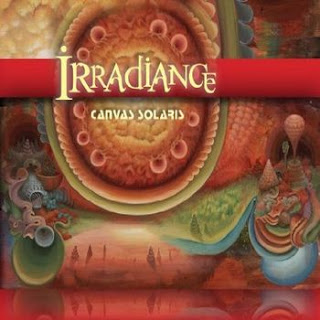 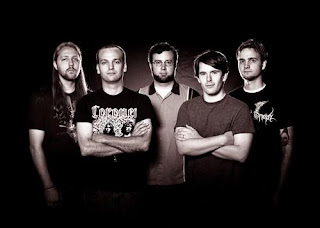 Canvas Solaris are an instrumental progressive metal group from Georgia. They formed in 2000 and since 2003, have released four successful and highly acclaimed albums. This new album continues the trend with their own brand of prog metal.
Canvas Solaris were always, in my mind, considered to be the bridge between the prog metal of Dream Theater and the instrumental fusion of Gordian Knot, mixing the heaviness of metal with the playing of jazz. This style has consistently made them a bit more accessible for the metal side of fans, who need that familiar sound to latch onto before they can really enter the jazz and fusion world. In turn, this style has become their trademark sound.
This album doesn't really offer a whole lot that hasn't been on the band's previous releases. The band manage to pull of enough shredding to appease anyone that is a guitar player, but holds down a solid songwriting ability so that it never goes into complete wankery, hear Conveyance of Flux. The foundation of both have been expanded upon with every release, and that is really where the evolution lies within the group, how much of each to really put into a song while making it somewhat listenable to someone that doesn't want lead after lead.
The above hopefully does not make you believe that this is a guitar oriented album. There's no denying that guitars will indeed by at the top of the sound, but the bass and drums are used fantastically as well. The drumming on here is fantastic, creating some very complex rhythms, not being a drummer I'm not one to say how complex a track is compared to another, but Threads of Dead Space is really tight sounding while moving around a lot. The bass playing on here is just as good, played in more of a jazz fusion manner with very audible sections throughout that are quite impressive.
The band have also tried to made albums that are able to keep your attention from start to finish by making releases diverse and having each track sound just different enough from the others to make them entertaining. Having such a different sound, the gap from metal, Glacier, to more of a fusion track, Soliton (Emergence From Dispersion), is fairly easy to see on here, tracks either staying within one, or moving from one to the other fluidly throughout their course. There are plenty of moments on here that are full-on metal, while other times the music pulls back into a drum and bass rhythm.
Overall, this is a very successful instrumental album full of diversity and excellent playing. This album shows that Canvas Solaris is still one of the most cutting edge instrumental groups out there right now. If you like instrumental progressive music, you probably already know about this band, but if you aren't aware of them, check them out.
Overall Score: 8
Highlights: The Horizon Feast On Stars, Glacier, Vapor Chasm
Posted by maskofgojira at 6:13 AM