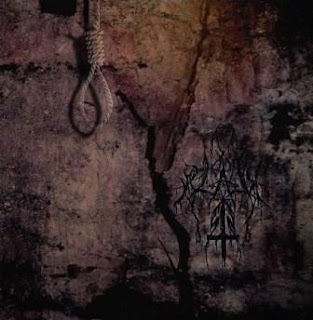 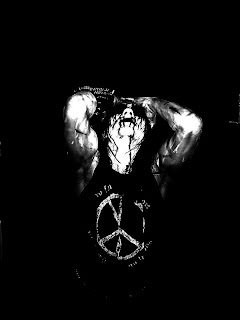 Are You Are True Depressive Band If One Of Your Members Is Depressed?

Black Sin is a depressive black metal band from France. The band originally formed in 2006 as a solo project for now vocalist, then vocalist/guitarist, Berith. Since then, the project has evolved into a full band, releasing two demos before this full-length.
This band, much like a lot of bands now emerging from France's black metal scene, tries to carve out a sound for themselves that does blur the lines. Taking the recent surge of depressive/suicidal black metal and not really altering anything with it, as much as making the sound much more primal is what these guys do with their sound. Taking the raw production, winy screams and talking, and slower playing style and just giving it a bit more of a natural feel that feels a bit more rock'n'roll than other projects/bands of the same nature. It has to be said that this band is still firmly on the depressive side of the black metal realm, not really crossing into atmospheric black metal on this album yet.
Another thing that did stick out on here, more than a lot of other bands in the genre, were the vocals. The above screams and talking is still here and are persistently used, but they do feel a bit more in your face do to the more raw sounding production, and just to clear this up for any misconceptions, this is a raw sound, not a purposefully bad sound. The vocals do sound tortured and a bit more real than a lot of bands and projects similar to it where the vocals just come off as a terrible after thought.
Unfortunately, the biggest problem with this record is that most of these tracks tend to sound too similar to each other. The isn't really a huge difference in one track to another, opener Journey of Perdition ends up sounding a bit too similar to album closer Your Dark Suicide. While there are a few tracks that manage to present a different sort of vibe, K.A.H.R., most of this album seems to just have a lot of songs on repeat, luckily there are only six songs on here.
Overall, this album doesn't really present anything that is too new or worth looking into if you know about the genre already. This album is perhaps a bit more enjoyable than others, but still doesn't manage to hold much attention towards writing decent songs. If you're a fan of the genre, you might want to check this out, but otherwise, this isn't worth really listening to over and over.
Overall Score: 4.5
Highlights: Suicidal True Black Metal, K.A.H.R.

Posted by maskofgojira at 12:43 PM