The Glitch Mob - Drink The Sea 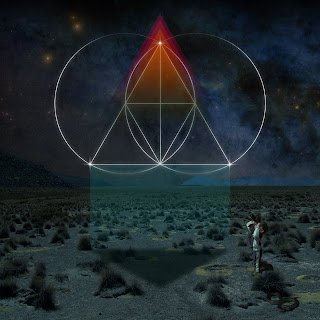 Dance To The Beat Of Music.
The Glitch Mob are a trio of electronic/hip-hop producers and beat makers from the west coast of the US. The trio is made up of founder producer/DJ Boreta, DJ edIT, and DJ Ooah. This album contains the trio's original songs instead of remixes.
Despite being very much an electronic based group, there are still moments, the opening of the first track, Animus Vox, features both guitar and bass on it. While no track on here is dominated by electric instruments as much as synthe and keyboard effects, they are actually used within the sound numerous times and do add a different flavor to the group's overall sound. The bass is used a lot more often in here than the guitar is, but both have more of a layering use more than a lead use, when they do come out, it's fairly apparent, listen to Drive It Like You Stole It.
Having said the above, this is still an electronic album, with styles such as techno, ambient, drum'n'bass, and trip-hop often being mixed together. This album also does not make use of a lot of vocals, if there are any within a given track, they are usually sampled and are not actually used in a melodic sense. The beats on here aren't so bland either, often shifting time-signatures throughout any given track while still keeping the track very melodic and danceable. Tracks on here also manage to move through the aforementioned genres while still sounding like only the trio, opening pair Animus Vox and Bad Wings are both very high energy, upbeat techno tracks while songs like A Dream Within A Dream and Fortune Days feature the same sort of techno vibe, but are much more atmospheric and ethereal sounding.
The only track to feature lead vocals is Between Two Points, which features a woman under the pseudonym of Swan on it. This track ventures much more into the realm of trip-hop than any other track on the album, but makes it stand out a lot more as well. The production on the vocals really do add a different vibe to the track, often being pitch-shifted during the verses and then being moved to the very front of the sound and being used in an almost atmospheric way during the chorus.
Overall, this is a highly entertaining electronic record with a lot to offer the listener. This is not your run-of-the-mill dance club techno stuff, this stuff has substance and plenty of layers that aren't so apparent on a first listen. If you like music that is danceable, but also intelligent, check this out.
Overall Score: 8
Highlights: How to Be Eaten By A Woman, Between Two Points, Starve The Ego, Feed The Soul
Posted by maskofgojira at 8:26 AM