Blut Aus Nord - What Once Was... Liber I 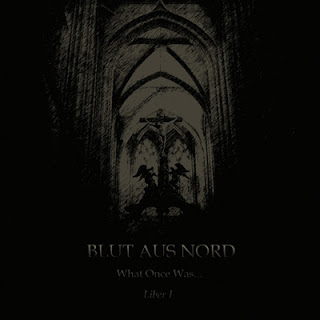 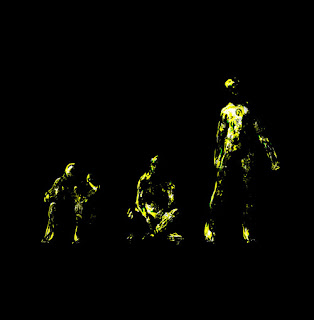 What Once Was The Work Which Transformed God.

Blut Aus Nord are an experimental black metal trio from France. Since their debut in 1995, the trio have consistently challenged both listeners and the genre of black metal by making some of the most uniquely dense and atmospheric music to come out in recent years. This is the first record to be released in collaboration with Debemur Morti Records, a series of records that will act as a parallel to their main body of work.
This release has been limited to vinyl and thus is meant to be something for true fans of the band. But onto more pressing things about this album, this is essentially one track spanned across both sides of the disc. The track itself does hark back towards the band's more raw and aggressive side while maintaining their trademark sense of atmosphere and weirdness.
Unlike the past few releases from the trio, this track is much more guitar and vocal oriented. The riffs hold a bigger place on this album than on releases like last years "Memoria Vetusta II: Dialogue With The Stars" or it's predecessor, though the riffs are still quite angular sounding, but no where near as avant-garde as in the band's past. The vocals are also some of the fiercest Vindsval has ever delivered, raging from pure black metal screams to what can seem like grindcore gurgles. The atmosphere and darkness is still on here though, while it's not as clearly disturbing or dense as on 2006's "MoRT," it's still quite heavy in comparison to most bands.
This album, despite it's long length, the entire thing is just over 40 minutes, could easily be divided into at least a few sub-tracks. There are a few breaks from where one section ends before it picks up again that could have been cut for separate tracks. Thinking of the album in this way might make it a bit easier to listen from start to finish. There are also several different speeds to the album which range from blast-beating black metal to sludge-like doom to also make this pretty varied.
Overall, this is another successful release from one of the most experimental bands in extreme metal today. Definitely more of a black metal release than some of their work in the previous decade, but still a great release none the less. If you like experimental black metal, you should already know about this band, check them out if you haven't already.
Overall Score: 9
Highlights: It's Only One Song

Posted by maskofgojira at 7:59 AM