Korn - Korn III: Remember Who You Are 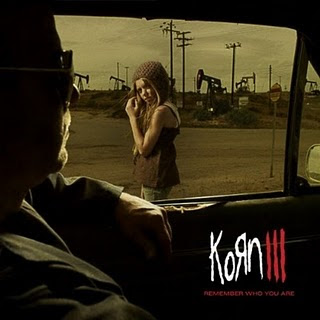 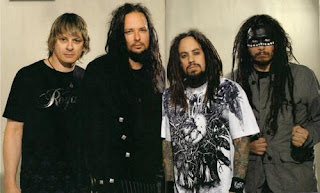 Korn is a alternative/nu metal band from California. Korn started back in 1993 as one of the fathers of what would become known as nu metal. In recent years the band has experienced two heavy line-up changes with original members leaving, thus, this is the first with a new drummer the band has ever done.
In recent months Korn has announced that they were going to record this album with former producer Ross Robinson, and that it was going to return to the sound of their earlier album's sound. These statements have been proven with this album being their most raw since their debut. Everything on this album was recorded straight to analog-tape, very few layering techniques were used, keeping this album raw and very undiluted. Since this album was done as a four-piece and has so few layers, everything can be heard on here. Every mess-up, every emotion is clear from the first song to the last.
Sound wise, this album really does seem like is would have been the perfect follow-up to their 1995 album "Life Is Peachy." Jonathan Davis' vocals are aren't manipulated and in-your-face throughout, allowing emotions to just pour out of him. Munky's guitar riffs aren't as heavy as anything from the early albums, but are much more atmospheric sounding, allowing Fieldy's bass lines to be the main "riff" creator. Ray Luzier's drumming ranges from punching double-bass fury to sparse atmospheric cymbal play.
There are plenty of freak-out moments on this album where Jonathan's singing just seems to be transformed into blubbering, hear a track like Lead The Parade. Jonathan also displays his more aggressive side on track like Pop A Pill or Move On, which both display death metal growls. His singing though, despite being stripped down to only one or two vocal layers on a track, still manage to sound great and melodic. There are also some moments where breakdowns do occur as well, hear the last two track Are You Ready to Live? and Holding All These Lies, where Jonathan really gets personal in his vocals.
The bass lines which Korn have always used are used very well on here and, as mentioned above, are used as the main riff for several songs. The bass seems to cut through the guitar riffs, when they are there, and just move to the front of the instrumental side of the band, which at some points is a bit annoying. Although quite loud, the bass never overpowers the vocals.
Overall, this is a good release that actually seems like this could have been released back in the mid-90s from Korn. This is a great raw and aggressive record that takes all that was good about nu metal and abandons almost all of the rap-stuff. If you're into Korn or more primal sounding records that manage to have a lot of emotional content to them, check this out.
Overall Score: 8
Highlights: Oildale (Leave Me Alone), Let The Guilt Go, The Past

Posted by maskofgojira at 11:11 AM