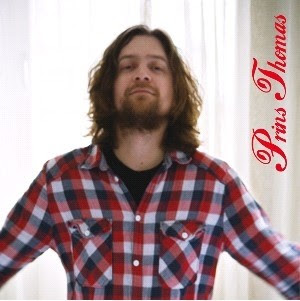 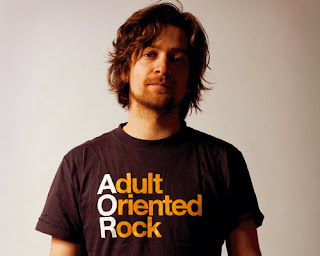 Thought Provoking Instrumental Pop (Is That A Real Tag?).

Prins Thomas is a Norwegian producer. He is best known for his collaboration work with Hans-Peter Lindstrøm, which included two full-length and a record of remixes and unreleased tracks. His influences include 70s krautrock, psychedelic, and progressive rock and mix together with his love for disco to create what is described as "space disco."
Being Thomas' first solo release, this album contains a bit of everything one would assume is in his musical taste. Tracks include various styles being accumulated together including the progressive and psyche rock along with dance and electronic music like techno, disco, and ambient, there are also inclusions of bits of R&B and funk on here as well. The diverse musical combinations really do make this a very eclectic album that is both heady and fun to dance along with. There are also many throwback moments on here as well, Wendy Not Walter is probably one of the biggest, retaining a major use of disco music.
There will be a lot of people that won't say this is an album that has a lot of hooks due to the eclectic nature of the music, but there are plenty of catchy melodies that float around, hear Uggebugg. Melodies that come from the tradition of R&B and dance music make this plenty melodic and danceable to people that would otherwise call this a bit too heady, and that's a part of this as well. Every track on here could be heard inside of a dance club, whether it's during the build up or the cool down, there are songs for both.
Just because this thing is plenty danceable and hooks doesn't mean it wouldn't be a good listen for fans of IDM, due to the ambient and 70's rock influence, this record does get a bit spacey and open at times, Slangemusikk, this track in particular has an almost Hawkwind vibe. Most tracks on here are longer than most dance tracks probably should be, most ranging in the 8 to 10 minute range. There are, despite being danceable, more than a few moments on here that wouldn't feel out of place in a jazz club.
Overall, this is one of the best electronic based records I've heard all year. Full of upbeat soundscapes that are both entertaining to the body and the mind. If you like electronic music, this is a must for this year.
Overall Score: 8.5
Highlights: Slangemusikk, Sauerkraut, Nattonsket

Posted by maskofgojira at 6:23 AM