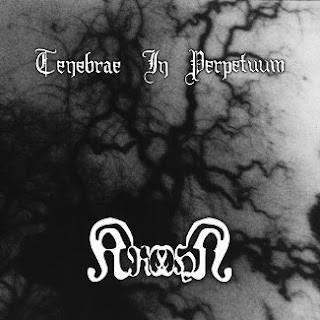 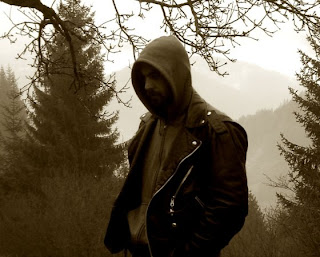 One of These Two Is Done With Their Projects, Can You Guess?

Tenebrae In Perpetuum is a black metal trio/project from Italy. Formed back in 2001 by Atratus (aka. Frozen Glare Smara), who also formed blackened doom project Beatrìk 3 years prior. The sound achieved on the 3 full-lengths that were released before this split followed in the vein of what is considered by some as Burzum worship.
The three songs that are put on here by PIN are definitely in that Burzum style that he has come to use throughout his recordings. The sound is raw, melancholic, and atmospheric all at once, using harsh distorted to create a wall of sound around what is, for the most part, either doom riffs or tremolo black metal picking. The atmospherics, it has to be said, have been something that TIP has always excelled at, while on the surface there isn't all that much different to those on here as any other band trying to do this style, the first wave of depressive black metal, but below that is a sense of true bleakness and despair.
The creation of this project was originally to create the feeling and vibes of the early 90's black metal bands, and while Burzum is the one that comes up the most, for good reason, there has been plenty of early Emperor, Mayhem, and Gorgoroth in there as well. The fury and aggression that once pervaded their sound gave way to melancholic and depressing melodies that slowed everything down to standstill. Atmospheres always kept the same darkness present, no matter how fast of slow a track progressed, and managed to set in a tension while listening, something a lot of bands really aren't capable of, almost as if you, the listener, were struggling to fight something deep inside you from coming to the surface. This is ultimately what made this band so special among the first wave of depressive black metal. 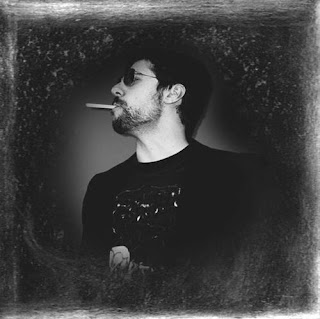 Krohm is a blackened doom metal band from (originally) Connecticut. Formed by Numinas to create the bleakest and most depressing music he possibly could. Before this split, the last thing to be released by this project was 2007's "The Haunting Presence" album.
The three songs from Krohm on this split trace a similar line of intense atmospheric black metal that trudges along slowly building. The different being that Krohm is much more atmospheric than TIP, having heavy ambiances on top of crushing distortion, on both the guitars and spoken words. Having said that, the guitar melodies on here build up on top of each other, like in The Black Bridge, where over simple guitar riffs, a lead riff is played in one speaker and a different riff is played in the other below it creating a very unique sound.
Being another band from the first wave of depressive black metal, Krohm have a sound like no other, being so atmospherically dense sounding while still retaining an aggressive edge has made them a band that has influenced many in the genre. Whether the song in question is slow, fast, melodic, or ambient, the overall vibe of the song is always the same. Emotion is also something that comes through within all of Krohm's music, sounding just raw enough to maintain a personal element within a song, but never spiraling into oblivion and emotional breakdowns.
Overall, this split does accomplish showcasing some of the best bands/projects within the genre, and show that they still have the same talent for crafting depressing music. Even though one of these two groups is splitting up, the music left behind still has a lasting mark. This is definitely a fine release, if you're a fan of the first wave of dbm, this is something that should be high on your list to check out.
Overall Score: 7.5
Highlights: III, The Black Bridge