In Fear and Faith - Imperial 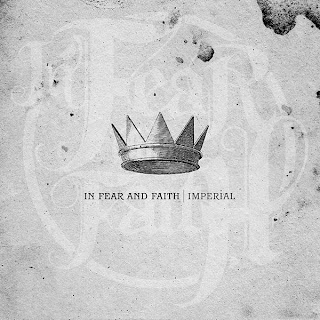 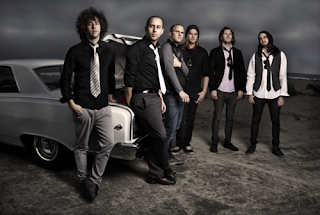 These Be Rough Waters Sailors.
In Fear and Faith are a post-hardcore band from California. This is the band's second full-length release, following last years "Your World On Fire" album which featured their new vocalists. The band have used the term pirates in all of their releases, and this one is no different.
Let me make it clear that this is the first encounter with this band I have ever had before you go any deeper into this. From what I had heard before this actually listening to this album was quite mixed, the stuff from their EP, "Voyage," was fairly standard sounding, while the stuff from their debut was much more accessible, but also more catchy and a bit more proggy, if you may use that term. This album seems to continue in that trend of keeping very melodic songs, making them a bit heavy and progressive sounding, and having their two vocalists scream and sing on top of them.
Musically, this band, I won't go on and repeat everything mentioned above, can certainly write a decent song. The songs on here are short, most being under 4 minutes long, but are able to fit a lot in there, from heavy metalcore parts to pop choruses and the occasional mellow part. What makes this band stand out, for me a least, is their use of piano, most songs on here have actual piano parts, whether it's during a mellow part or during a breakdown, it's always in there, and it not done in a bad or cheesy way, hear I Know You Know.
This is not to say that there aren't your fair share of overdone tricks on here though. There are several tracks which make use of the overly misused and abused trick of the one-string breakdown, Afterthought, as well as the bad techno beats at the beginning of Pursuit. It's almost a shame that some of these tricks are used in mediocre ways on here, because this band is certainly talented.
From the vocal side, these guys certainly know how to write a hook. The screaming on here is fairly standard, nothing really special, it gets the job done, but the singing is done really well. The style of singing I wouldn't say is particularly original, but this guy definitely knows how to make a chorus big and soar, hear tracks like Counselor and Heavy Lies The Crown.
Overall, this is a record that certainly does have it's moments of brilliance. This band certainly does have talent for songwriting and hopefully they can learn how to make use of more effective techniques to better enhance that in the future. If you like metalcore that has a bit more pop and progressive influence to it, check this out, it should be right up your alley.
Overall Score: 6.5
Highlights: Bones, Once Is Enough, The High Life

Posted by maskofgojira at 7:11 AM