Secrets of The Third Planet - Day/Night 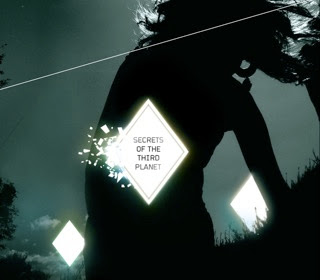 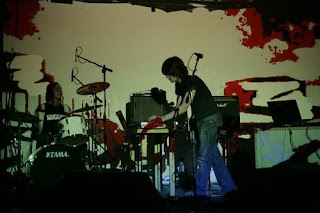 Earth Is But A State Of Mind.

Secrets of The Third Planet are a electronic outfit from Russia. The band started out as a solo project for Eugene Frankevich, but evolved into a full band. This is the band's debut release, and is considered a double-album with two sides, Day and Night.
While above, I did say this is an electronic band, that is not entirely the correct genre. On here, this is most definitely electronic, but it's electronic in the same way that Ulver was electronic in their "Perdition City" years. This album combines dub, ambient, post-rock, electronic, and a little bit of dance music together into odd sounding sonic scapes that range from being danceable and fun to more open and trippy.
The two sides, as weird as the fact that this album could have actually been put onto one CD is anyway, do differ sonically. The first half, Day, which contain the first six songs, are much more accessible and poppy sounding. It's not to say that these are pop songs though, because of the songs on this side are much more based instrumentally than focusing on vocals, but these songs like Blow It Down and For A Naughty Little Girl are much more danceable and upbeat. Tracks on this first half are still very textural and atmospheric at times, but are a bit less adventurous in comparison to the second half of the album.
The second half of the album, Night, is much more atmospheric, ambient, and almost post-rock at times. The tracks on this half are much shorter, but accomplish more of a soundscape oriented style instead of poppy, upbeat songs. This half is where the Ulver comparison comes in, when Ulver were in their electronic phase, the band focused on a mixture of ambient backgrounds, trip-hop beats, and elements of glitch and dub music, with the occasional guitar for extra, this is kind of what happens on here. Tracks like Look Around and 04/04(Vera) contain the more head-scratching ambient stuff that is very dream-like, yet contain enough going on, even up front, to keep your attention.
Depending on the person listening, you could like one half more than the other, for me personally though, I found the second half to be much more enjoyable. Just the open nature of the second side of the album really captures the imagination, having so much space to just let waves of sound pour through you, hear Sister Night Sea. The first half is definitely more of a thing you might hear with other people, possibly a party of something, the second is much more of a personal experience.
Overall, this is a fairly successful album for what it is, while it does have it's pit-falls, I can safely say that the majority of this album is solid. This is by no means an extreme album, but contains plenty of expansive soundscapes to keep you listening several times and finding new things. Definitely fans of Ulver should check this out, as well as if you like electronic, ambient, experimental pop, etc, this will probably be up your alley as well.
Overall Score: 8
Highlights: About, Last Dream of Munchhasen, Moon In You

Posted by maskofgojira at 4:29 AM