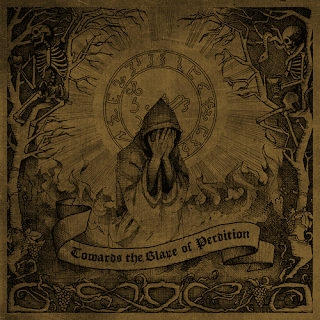 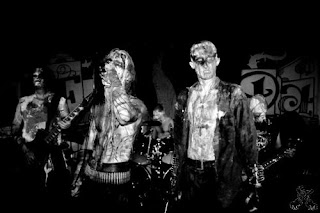 Orthodox Is Making A Comeback.

Blaze of Perdition is a black metal band from Poland. The band was used to be known simply as Perdition but changed the name in 2007. This is one of the first black metal bands, I know about, that use two vocalists.
First off here, you'll notice right off the bat that this album will not try and dazzle you or catchy your attention with outlandish melodies or other influences, this is straight black metal. The music is aggressive, atmospheric, and blaspheming; all the check marks for the early Norwegian sound. The tone on here is also very cold and disparaging, not in the way that the depressive or atmospheric sub-genres do, but the vibe throughout is very crushing.
The overall performance from the instrumental side of the band is quite standard for traditional black metal standards. When listening to this album, it can be guaranteed that you will never think to yourself, "this is pretty slow," this thing blazes forward, fortunately, despite it's aggressive nature, it never reaches the point of being too monotonous like Dark Funeral. They do what they do well enough to write some great moments, the slower parts of Alchemy of Flesh and the melodic section in the middle of Son of Dawn, but nothing really sticks out like a memorable highlight. Tracks like Kénôme and later, The Great Work, really do manage to create some good atmosphere behind the fast blast-beats and tremolo picking though, setting them apart from other songs, but not making them better.
The dual vocalists do perform well together, if you had any doubts. The two of them have styles that aren't that dissimilar from each other, with one being a bit lower than the other, but being able to perform well together. The style they both adhere to though is a tried and true blackened rasp that works well enough for what this album goes for, there are also a lot of yelling on here as well. There are some points on here where the band get into a groove and the vocals start screaming a certain way, the group just seem to bring to mind Shining, from Sweden.
It would seem like the band build up this traditional sounding style with every track leading up to the final title-track, Towards The Blaze of Perdition. This track pretty much goes against the rest of the album, being very melodic, containing a few guitar solos, and using some great vocals. Surprisingly this track managed to be the one that set itself apart from everything else on here, not being the best song, but by just being different.
Overall, this is a decent black metal record, a good listen with some good songs, but unfortunately none that are that memorable. This is something that will not blow you away with their performances, but will give you a good and solid debut album. If you like black metal, the old-school way from the early-90s, this is for you.
Overall Score: 7
Highlights: The Scarlet Woman, Son of Dawn, Towards The Blaze of Perdition

Posted by maskofgojira at 9:49 AM