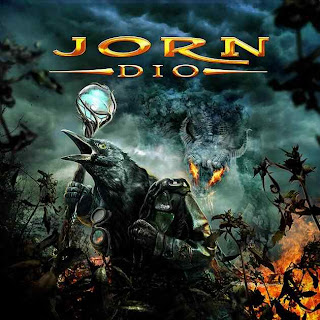 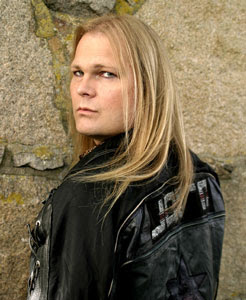 From The Master Himself.

Jorn is a hard rock/heavy metal vocalist from Norway. His unique style has had him compared to legendary singer David Coverdale. This is his tribute to another heavy metal legend who tragically passed away several months ago.
Heavy metal/hard rock legend Ronnie James Dio passed tragically passed away in May of 2010 and this album was released in his memory. Some have made note that Jorn has only released this album to capitalize on Dio's passing; Jorn has since stated that this album was recorded while Dio was still in the hospital recovering. This album was done in the memory of the legendary voice that has inspired countless bands and artists and is merely Jorn's personal tribute to him.
This is essentially a cover album filled almost exclusively with songs from Dio's solo career, with the exception of Lonely Is The Word/Letters From Earth, which were Black Sabbaths tracks, and Kill The King, by Rainbow. The opening track is the only original track on this album, Song For Ronnie James, and, as the title suggests, was written exclusively for Dio. Apart from that anyone should be able to expect the rest.
This is a listen that's sort of hard to try and score due to the fact that most of these tracks are classics in and of themselves just being done by another singer. Jorn is a fantastic vocalist, but even he can't match the originality of Dio's performance on the originals, though tracks like Shame On The Night and Sunset Superman are as good are some of the best covers of those tracks. None of these tracks are played or performed badly in any way, it's just not Dio singing that ends up the biggest problem on here.
Overall, a good album of classic covers that manage to stand up to the originals quite well. Though nothing can replace the sound, vibe, and atmosphere of the originals, this is well done none the less. If you were a fan of Dio, or a fan of classic hard rock and heavy metal, this is a must for you.
Overall Score: 8
Highlights: Song For Ronnie James, Stand Up and Shout, Sunset Superman

Posted by maskofgojira at 11:09 AM