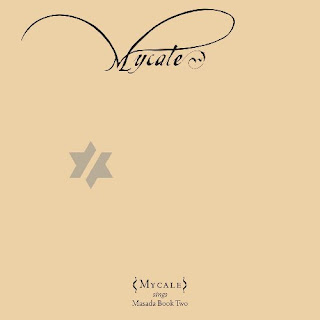 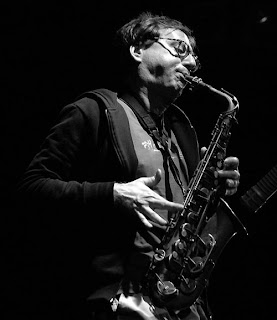 Mycale is a project put together by John Zorn. This is the, obviously, 13th installment in his angels series and is a new group that was put together just for this. Like almost everything Zorn is a part of, this album is avant-garde music at it's weirdest.
This is an all a capella album with female vocalists chanting in foreign languages. This is one of the most bizarre albums that Zorn has ever done, he's put out albums of seemingly random sounding improv gigs as well as plenty of albums with vocal solos, but never an entire album of only vocals. This album does manage to flow rather well, one song into the next, rather seamlessly, really making this seem like a single piece that could be done from start to finish live due to pauses between songs.
The female vocals are actually done by singers that can actually keep a good balance of each other without dominating one another, while studio definitely has a part as well, the harmonies are able to sound natural enough. Even bits of almost pop moments manage to appear in certain melodies, hear Balam. But primarily at it's core, this is a jazz record with roots in classic jazz music, hear Ahaha and Asaph.
Overall, this is a very strange album and although it's not a hard or really taxing listen, it's just so off the wall I'm not sure I get it. There's just this atmosphere of pure strangeness that I just can't put my finger on whether this is good, bad, or just decent. If you want something totally avant-garde by one it's key players, check this out.
Overall Score: 3.5
Highlights: El El, Melech, Rumial

Posted by maskofgojira at 7:01 AM