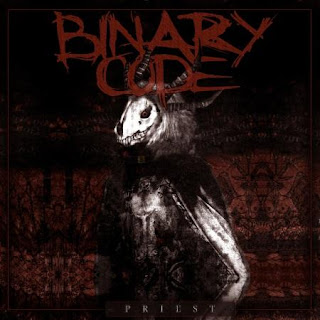 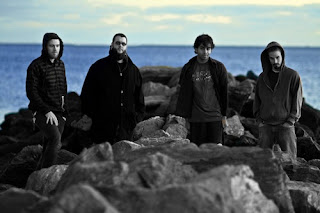 The Binary Code is a technical death metal band from New Jersey. Last year this quartet released a critically acclaimed debut EP, "Suspension of Disbelief," and this is their follow-up. Taking elements of deathcore, progressive metal, and tech metal and bastardizing them together are where most of this band's authenticity lies.
This is a pretty short release, 3 songs equaling up to just over 10 minutes. Within those 10 minutes though, the band manage to fit in enough variation and tempo-shifting to keep any fan of the genre listening. There are also plenty of riffs that are ear candy in and of themselves, managing to create a decent song while still remaining very much within the deathcore sound.
The three songs manage to vary themselves from each other luckily enough, the opener and title-track, Priest, is probably the most core-ish of the songs on here, with decent performances, but an overly annoying vocal delivery throughout. Encircled features a more technical and progressive approach with a lot more stop-start riffs and a lower growl dominating most of the track, the solo in this track also creates a much more proggy vibe to the end of the track. Ocean of Light is the most progressive track on here, remaining instrumental, but containing moments that bring to mind bands like Isis at some points, while still retaining their own sound.
Overall, this is a fairly decent review that has some really promising moments. This is definitely a band that has potential to go where a band like The Faceless are are going, more progressive and technical, while creating hooks. If you're a fan of technical death metal with a foot in both sides of prog and -core, check this out.
Overall Score: 7
Highlights: Encircled

Posted by maskofgojira at 11:28 AM