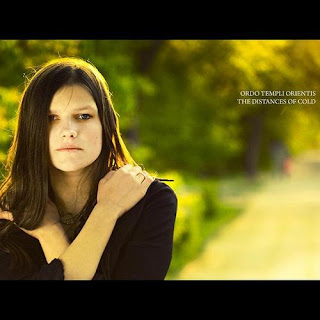 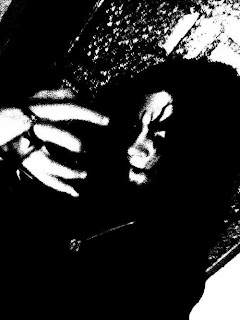 The Silence Behind The Dark.

Ordo Templi Orientis is a depressive black metal project from Belarus. The founder of the project, Gesmas Lvcen Waarg, began it alone with a raw black metal sound but was joined by keyboardist/bassist Gabriel Van Abatth before releasing their first official full-length. This is their third full-length collaboration and shows a bit more atmosphere than previous albums have, but keeps the depressive mood.
While OTO's sound has never been the most original out there, even by depressive black metal standards, they have consistently moved up both in production and style with each full-length. This album moves away, just a bit, from the rawer and doomy sides of the band's previous two outputs, seeming to experiment a bit within each track. In a sense, this could be looked at as an experimental album, but the band's core sound is still very much in tact. The first real track exhibits both on a somewhat equal sort of field, Room 418 (214 Version), still utilizing a live sort of sound and more of a doomy black metal instrumental side, but what makes this track so different, so to say, is that, just from the beginning of the track, female choirs are used, clean male vocals are also used later on in the track, as well as venturing into shoegaze melodies and the occasional jazzy bass-line.
What really made this entire full-length interesting was the dichotomy between the experimental tendencies that this album seemed to steer into and the traditional depressive guitar sounds and screeched vocals. The first half of this album, which contains tracks all under 7 minutes are all pretty blackgaze sounding, very melodic and using female vocals within a good portion of the tracks, hear Sunrays Scars for a good example of them. The second half of the album extends the tracks to over 10 minutes and takes them into a bit more of their older style while keeping some of the melodic edge of the shoegaze in there.
While the entire first half of the record really seems to stick out due to it being just so different from anything the duo has ever really done before, to my ears, the second half can really be summed up by the track Funny Smiles and Purple Pills (Long Version), the shorter one is considered a bonus track and is only 5 minutes shorter than the long one. Beginning with a sample of Twin Peaks, the song then immediately bursts into a morbid sound of that twists and turns around itself throughout the rest of it's course. The slow moving track builds into a somewhat anti-climatic vocal breakdown, where the vocals move into almost tortured ramblings less than half way through the track. What also makes this track the standout from the second half of the album is that it features peaks and valleys, being able to move through a traditional black metal fast tremolo section and successfully moving into a slower and at one point classically piano driven section and then back.
Overall, this is one of the best and most unique albums to come out of the depressive scene this year. While I'm sure there are those that won't find this as entertaining, or depressing, as the band's previous albums due to the experimentation, but it makes this album sound so much more original. If you're a fan of the depressive scene this album has enough of that sound, along with the already mentioned adventures that should be able to keep your attention, check this out.
Overall Score: 8
Highlights: Room 418 (214 Version), Funny Smiles and Purple Pills (Long Version)

Posted by maskofgojira at 9:24 AM