On The Edge of The NetherRealm - Different Realms 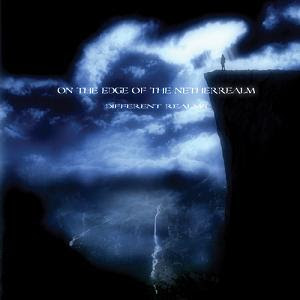 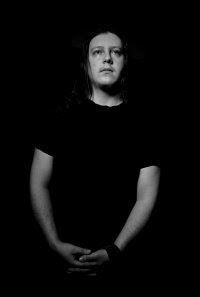 On The Edge of The NetherRealm is a progressive doom metal project from Russia. Created and founded by Vladimir Andreev (all instruments), this album is pretty much just him and Sethaye (vocals). This is the debut release from this project as well.
The real genre that OTETONR is gothic/doom/death metal, and that also works as well. The duo site bands like Novembre, Ecstatic Fear, Inborn Suffering, and Saturnus all as influences which can lead to either taking the duo's music as progressive doom/death or gothic tinged funeral doom. This does lead to a sound that, while still is young and still developing, is fresh and trying to do something a bit different within the doom genre.
Musically, due to the influences sited by the duo, you get a mix of extremely heavy doom riffs that do lean a bit more to the funeral doom side of the genre more than a few times, but also enough use of clean guitars, piano, and guitar harmonies to maybe make this a bit less musically dense and easier to actually listen to. The tracks on here are also fairly short, most being under 7 minutes, only one is longer than that. The songs on here actually manage to keep a decent amount of melody as well, demonstrating some proggy and intricate guitar work throughout most of the album.
The overall instrumentation of the instruments is well done. The album is decently varied, having a faster track that is almost like a melo-death song, Get The Fuck Out From Others, to more classic sounding death/doom, opener Day and Night, to even a bit of the funeral doom in the latter stages of On The Verge. Besides the excellent guitar work, the piano is also well played, adding that darker and gothic kind of morose nature to the album.
The vocals on here definitely have a funeral doom vibe to them. Most of the album's vocal delivery is performed in extremely low, guttural growls, there are some moments that do contain more baritone singing, like in , but those aren't used in most songs. If you're not a fan of those vocal styles, the vocals are low enough in the mix that you could for the most part ignore them if you wanted.
Overall, this is a solid doom album that should appease any fan of the genre. It has to be said that nothing on here is too new, not that a lot of doom ever does nowadays, but at least these guys are trying to do something with it. If you like doom, check these guys out, you'll find something on here.
Overall Score: 7
Highlights: Solitude, Rebirth, Past
Posted by maskofgojira at 11:17 AM