Afformance - A Glimpse to The Days That Pass 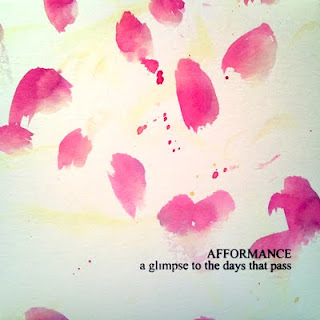 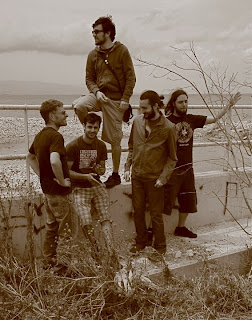 Afformance is a post-rock group from Greece. This is their debut album and demonstrates a love for sonic experimentation. A young band that is fresh for creating new ideas is always a good thing.
Afformance is an instrumental group by the way, utilizing 3 guitars. The band states that they have taken influence from artists such as Sigur Ros and Explosions In The Sky, and that is obvious in the way they can craft poppy melodies. There are also plenty of other styles in here including ambient music, shoegaze, and alternative music can all be found in here as well. Being instrumental, the melodies on here more than make up for the lack of vocals, remaining very upbeat sounding and easily memorable.
Despite saying that they are a post-rock group, the music on here is a bit heavier than a normal group pertaining to that label. The guitars really craft strong melodies instead of winding soundscapes, though there are still plenty of quieter moments on this album as well, hear A Tide Before The Flickering Sun. Though post-rock has never been a genre known for heaviness, this album contains that extra bit that is just enough to liken it to actual rock music.
Due to having 3 guitarist, there are quite a lot of layers to this album, but then again most post-rock/metal does anyway. Behind one guitar is usually another playing a different melody as well, this is really something a bit different from the other post-rock groups that use more open and wide sounding track with a lot of textures. The production on this album is perhaps what allows this album to feel more like a rock band, since it is a bit rawer sounding, no track really demonstrates this more than the last few minutes of Zgy-Kix.
Surprisingly, female vocals appeared on the track Do. This track is probably the most interesting, perhaps it's how it builds from an almost space rock kind of track into a heavy rock sound. The vocals on here actually manage to suit the track well enough to not hurt it, remaining very minimal in performance and adding some different atmospheres to the song.
Overall, this is a great release from a genre where few bands can really stick out among each other. For a debut album within this genre, this band sounds fresh and more like a "rock" band. If you're into post-rock or more open and atmospheric sounding music, this is worth checking out.
Overall Score: 8
Highlights: Will Teasle Hopes, A Tide Before The Flickering Sun, Self-Killing Intruders

Posted by maskofgojira at 9:01 AM