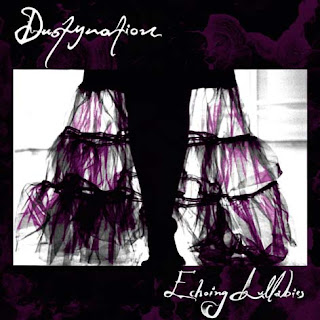 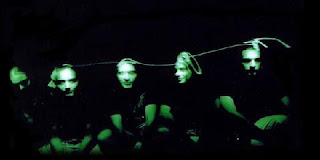 Dustynation is a progressive metal band from Greece. Gathering different sounds and influences from all across the realms of music, this debut album is essentially a modern prog metal album. Plenty to please fans of old and new prog groups.
This album starts with a line that wouldn't be out of place on a Cynic album and continues in the path of modern sounding bands like Opeth and Dream Theater throughout that same track. There are a lot of diverse sounds on this record and it makes it a very eclectic record, which some may not like, but the diversity on here is not for everyone. Everything from keyboard and guitar solos to acoustic interludes are contained within this record.
The musicianship on this record is extremely on par with some of the prog metal greats, experimental song structures, excellent playing by every player, and unique performances. While this may not have the trademark sounds of the bands listed above, they certainly manage to meld parts of those signature styles together into something different, the epic A Pleasent Space should exhibit all of these and more. The riffs on here don't really wow you like some might from other bands, but that's all optional, because the songwriting more than makes up for some of the riffs.
Something that pleasantly surprised me was the vocals performed throughout this album. This vocalist has a very good range, and can actually pull off a style that is similar to Daniel Gildenlöw (Pain of Salvation). A lot of the record is done with clean vocals that have a lot of emotion in them, allowing for that sort of dynamic and emotional tone in the voice, listen to the opener La Vie. The growls aren't as entertaining, but they get the point across.
The band gel best when they get weird and more "proggy" for some reason. On a track like Crossed We Are, the riffs just are more in vein with technical death metal, but the vocals once again bring a bit of the PoS vibe to it. This type of instance is where the band are at their best, experimental but very catchy and original sounding.
Overall, this is a strong debut album that has a lot of replay power. Definitely a find that a lot of people might not know about yet, but one that is sure to please those that do find this. If you're into progressive metal that has a bit of an extreme edge, check this out.
Overall Score: 8
Highlights: La Vie, Crossed We Are, Echoing Lullaby

Posted by maskofgojira at 12:13 PM