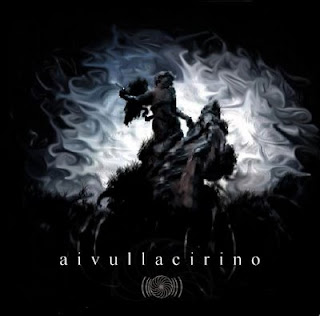 What's One Man's Drone Is Another Man's Noise.

(((o))) is a Mexican drone project. Little is known about this project except that it is all performed by a man named Herboros. Influences run the gambit from all ages with this project.
On the projects myspace page, a list of influences include blackened funeral doom artist Nortt, avant-garde drone composer La Monte Young, and drone metal enthusiasts Sunn 0))) side project the Burial Chamber Trio. This project, being drone based, does manage to move through different phases of drones to make this a somewhat more interesting drone experience. This is a bit of a different experience from what, I at least, assumed to be drone.
This album is divided into two separate pieces, the first is the almost 30 minute long Phi. This track, while extremely long, manages to move through several different phases that make use of everything from rain and thunder storms to ambient soundscapes to bit of heavily distorted metal guitars. The variety is refreshing to hear on a release like this, often switching up a part of the drone every couple of minutes or so.
The second track, BAAL, is considerably shorter, being just over 6 minutes. This track is much less exploratory, remaining in a very ambient realm, but at times almost sounding like a film soundtrack, then begins to include a more metal aspect with distorted guitar riffs and programmed drums that begin to play at a faster rate than they probably should have. The metal bit, while it may appeal to others, did seem a bit irrelevant to the mood that the track was creating before it came in.
Overall, this is pretty much a drone record, long passages of sound being carried out for long periods of time. This isn't as challenging a listen as some other records have proved to be, but it's still one that can prove to be a bit boring at times. If you're into funeral doom, ambient, or drone artists, I would recommend checking this out, it's not too heavy, but it sounds very dark and atmospheric.
Overall Score: 6
Highlights: Phi
Posted by maskofgojira at 11:00 AM