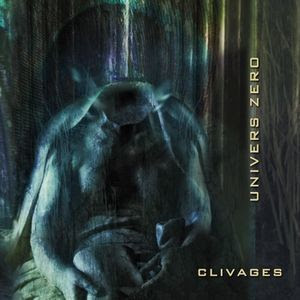 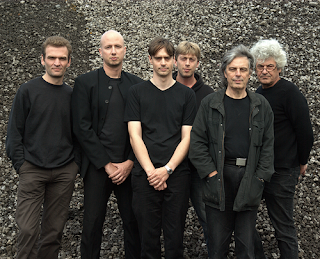 Univers Zero is an avant-garde jazz group from Belgium. Univers Zero began back in the early 1970s and has put out records in a sporadic fashon since 1999. This is the groups first record since 2004.
For those that don't know about Univers Zero's older material, it was put in the category of RIO (rock in opposition), which was meant to be dense, musically proficient, and challenging, directly opposing the music that was popular at that time, disco and punk. Their early work included a rock'n'roll approach towards an otherwise acoustic sound, while later works began to include electric instruments. Influences early on were drawn from more classical composers like Igor Stravinsky and Albert Huybrechts.
The instrumentation for Univers Zero has never been simplistic, making use of multiple sounds and instruments ranging from electric bass and guitar to piano and organ to the bassoon and violin and playing them all in a very dense and complicated manner. Songs are often arranged in varying degrees of intricacy, ranging from pure psyche-rock, opener Les Kobolds, to pure classical scores, Vacillements. Songs on here actually manage to repeat parts, so just to make the point that these aren't just several instrumentalists that like to wank off and show how well they can play and end up creating tracks that go no where.
Despite the fact that electric instruments are used in the band, most of this album is still based in the classical and acoustic way. This doesn't overly impact the consistency of this album, as most of the better tracks aren't done with electric instruments, though the ones that do feature electric instrumentation are well done as well. The acoustic instruments set the mood for a track much better than an electric would, using a bassoon to create low sort of drones, while you have someone playing a saxophone that seems to reference a bit of John Zorn does indeed manage to create a more dissonant atmosphere than just a keyboard or the ringing of guitar chords.
This is, overall, a very good and entertaining release. For those who are yet unaquanted with this band, this is would a good place to start, this is a release that is much easier to listen to than their early work. If you're a fan of classical music, avant-garde music, or genres like jazz and progressive rock, this is worth checking out.
Overall Score: 7.5
Highlights: Warrior, Apesanteur, Straight Edge
Posted by maskofgojira at 6:28 AM