Inner Missing - The Age of Silence 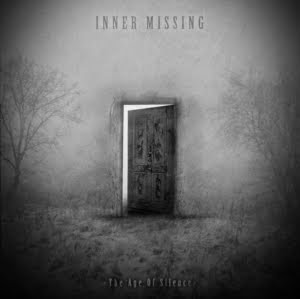 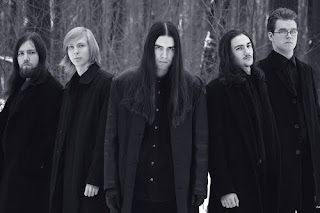 Doorway Into The Past.

Inner Missing is a death/doom metal band from Russia. The band originally formed back in 2008 by vocalist/guitarist Sigmund and a former keyboardist as a studio project under the name of Odium. Later that same year the duo moved into a full band and changed their name after a positively received demo.
Inner Missing obviously take influence from the early work of the pioneers of the death/doom sound, Paradise Lost, My Dying Bride, and Anathema, the track For Your Light even manages to take a bit away from Moonspell. The way it's presented isn't quite as slow as it was presented in their style, but the melodic precision and song craft is there. The atmosphere presented on here also brings out that early sort of UK death/doom sound, not so much bringing a bunch of symphonic background effects, though those are used on here to a less spectacular effect than their predecessors, but more in just adding a quiet sort of atmosphere that just creates this dark vibe throughout the album.
The sound the band create is used to a nice effect for most of the album, making the melodies and vocal lines slow and mournful but not too dreary and monotonous. There is also enough variation to be able to tell one song apart from another, whether it's simply a matter of tempo or the use of vocals, a track like Coldness is much faster than other songs on the album, but remains just as effective as the crippling doom of Raze From Remembrance. A few of the clean vocals do sound just a bit cheesy in comparison to the regular screams, sounding a bit too much like Fernando "Langsuyar" Ribeiro (Moonspell) or a higher version of Peter Steele (Type O Negative), in comparison very few people sing that low anyway.
Overall, this is a good death/doom record, while it doesn't really do anything all too new to the sound, it presents a somewhat more gothic and faster takes on what the UK groups have done. This is not something that's going to blow your mind, but is for sure entertaining. If you're a fan of the genre or looking to get into the genre, here's a nice treat.
Overall Score: 7.5
Highlights: Euphoria, For Your Light, Raze From Remembrance

Posted by maskofgojira at 6:21 AM