Means to An End - Weathered By Time 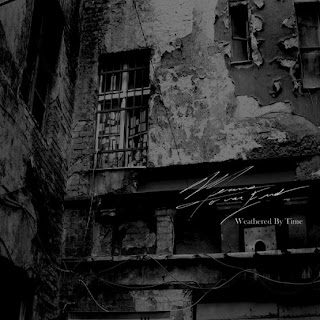 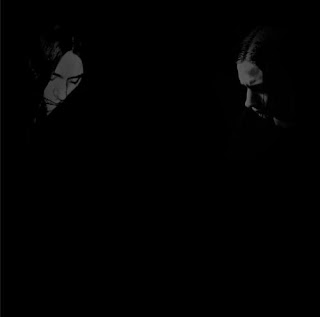 Means to An End is a depressive black metal duo from Belgium and the US. This is yet another album that features everything you might expect from the genre. The duo is also involved in other similar projects including Endless Sorrow and Unending Hatred.
Beginning things is the beautiful intro The Result of Conclusion. This is a short, compared to the rest of the album anyway, introduction involving piano and an acoustic guitar with some synthe in the background, and really sets a mood of sorrow and depression. Once the intro ends, it moves straight into the ambiance that begins Oppressive White Light.
What this album does is actually manage to set the depressive mood, and not so much in a slow minimalistic sort of way that a lot of groups in this genre tend to do. The keyboards actually are what set up the mood on here as well as play a melody, a lot of other projects don't really have keyboards as up front as this duo make them. The rest of the musical side of this album is played from a typical slow to mid-paced, usually by heavily distorted guitars taking it slower while the drums switch up between sparse and atmospheric to actual double-bass work.
What has made this album a bit more of an interesting album is how the music really manages to paint a picture. I won't deny that most bands in the genre of depressive and suicidal black metal try and get all dreary and emotional with their vocals and try and create slow moving ambient soundscapes using their instruments, but on here it feels more like the cover. Musically, this album paints a setting of a desolate city on the brink of absolute ruin instead of a person on the brink of suicide. The flirtations with post-black metal/blackgaze also brings a bit more of a "modern" sort of vibe to this album, hear Legacy of Failure, that more than a few bands in the genre often manage to play with, but end up failing.
The vocals seem a lot more raw and up front in the overall sonic picture as well compared to many other groups. The vocalist of the duo, Surtur, has an almost hoarseness to his screams, and while this is his main style, he will also move into a hoarse spoken type of style that's become more apparent in newer groups of this genre.
Overall, this is a fairly consistent album that really manages to achieve a depressive, yet unique sound for themselves. Remaining, for the most part, consistent all the way through and creating a fairly distinct picture for their sound, this duo does what most guys in their basements (or apartments) strive to do. If you like the depressive black metal scene's better groups, think early Hypothermia, Trist, or early Shining, with a foot in a bit of post/blackgaze, think Lifelover, this is something you should definitely check out.
Overall Score: 8
Highlights: Bound to A Bleak Past, Weathered By Time

Posted by maskofgojira at 9:20 AM