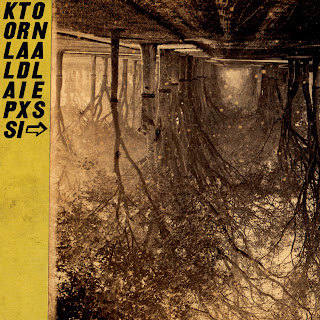 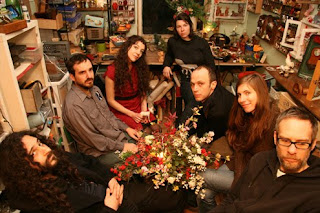 Orchestral Bliss Is Not So Soft.

Thee Silver Mt. Zion is an orchestral post-rock group from Canada. Being raised from the ashes of the, now reformed, legendary post-rock group Godspeed You! Black Emperor is where this band was first born. The group has gone under many different titles on their albums, which has lead to their fans labeling them simply Silver Mt. Zion.
Whatever name you call the band, the music is always clearly definable. The music portion of the band is, when clearly definable in a "rock" format, is a very simplistic form of the genre utilizing a lot of clean and soft moments to build up to an eventual crescendo. There are more than a few moments on here of abrasive distortion that recalls a bit more of an almost shoegaze than any sort of modern rock guitar sound. The more distorted guitar sound is actually some of the fuzziest there's been on a Silver Mt. Zion record, creating this very impenetrable noise across the entire band, hear I Built Myself A Metal Bird.
When the band is put into place with an orchestra however, the overall sound becomes so much more cinematic. The use of a contrabass, violins, and horns really makes this, as did the band's past releases, feel so expansive and full sounding. When the rock portion of the band and allows the orchestra to play solo, the music becomes so much more ethereal in comparison. The orchestral part of the band in fact, for those that have not heard this, retains that live sort of feel, not the usual backing sort of vibe used to make most bands sound epic, the orchestra is as much a part of the band's sound as the electric players are.
The vocals are perhaps the worst part of the band, ruining a fair amount of this record. Tracks like There Is Light feel almost boring while the vocals are crooning over them, as well as the already mentioned I Built Myself A Metal Bird. However, there are several tracks where the vocals manage to fit perfectly with the music, hear Kollapz Tradixional (Thee Olde Dirty Flag), where the croons sound tired and mournful and go hand in hand with the more symphonic approach the music takes on that track.
Overall, this is a fairly decent record from Silver Mt. Zion, while it doesn't match up to some of their earlier work, it's still solid. Definitely has a lot of really cool arrangements scattered throughout the entire record. If you're a fan of post-rock or art rock, this is something that you probably already know about, but while this may not be the easiest band to get into for beginners, it is a solid piece to try and begin the genre in.
Overall Score: 8
Highlights: I Fed My Metal Bird The Wings of Other Metal Birds, 'Piphany Rambler

Posted by maskofgojira at 11:41 AM