Mekong Delta - Wanderer On The Edge of Time 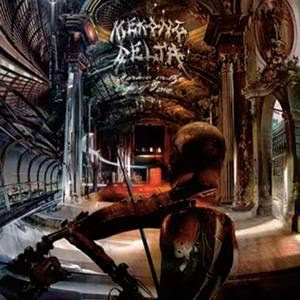 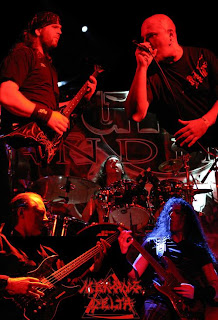 Currently Listening To Music Of The Classical Variety.

Mekong Delta is a progressive thrash metal band from Germany. The band started back in 1985 with members such as Peter "Peavy" Wagner and Jochen Schröder who went on to form the band RAGE. Over their years of existence, the band has become known for their use of classical music within their unique brand of prog/thrash.
This album is the first to include new members on everything besides bass, being band founder and composer, Ralph Hubert. New members come from bands such as At Vance, Annihilator, and Tomorrow's Eve and while the instrumentalists might not have the biggest presence on here, vocalist Martin LeMar certainly brings his game to this album. Mekong Delta has always been a band that has gone through line-up changes, but has almost never effected the overall consistency of a record from the band.
But onto the music, this album begins with two short instrumentals, something that is used throughout the album. Interludes that range from a thrash song to classical and jazz based acoustic guitar sections divide tracks on this album allowing for a lot of variation to be used within an album without filling songs to the brim with unnecessary parts. The band has used this sort of technique on previous albums, 1990's "Dances of Death" and 1997's Pictures At An Exhibition." Even though this album has plenty of shorter interlude like tracks, they are a prog band and they like to show off, hear Intermezzo (Instrumental) // Movement V for a pure instrumental prog song.
This album, as stated above, is varied and definitely makes a lot more turns that their 2007 return album, "Lurking Fear," which contained dizzying use of aggressive trash metal as oppose to more progressive and classical leanings. This album's core sound lies in a mix of aggressive and progressive thrash with turns into classical and jazz that, while never move into acoustic too often, can break out within a single track, hear "The Apocalypt - World In Shards" (La Maison Dieu) // Movement III. This album always manages to make what could easily be 10 minute plus tracks into concise 5 minute tracks but keeping it so, excuse the poor word choice, jam-packed and progressive that it does what most bands probably wish they could do.
Overall, this is a very good progressive metal album that is much more prog than thrash on here. This is definitely one of the band's best releases in the bunch that are most recent. If you're into old-school prog metal or technical thrash, this is what you should be listening to right now, check this out.
Overall Score: 9
Highlights: "The 5th Element" (Le Bateleur) // Movement II, "King With Broken Crown" (Le Diable) // Movement IV, "Affection" (L'Amoureux) // Movement VI

Posted by maskofgojira at 10:53 AM