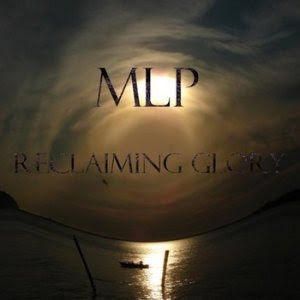 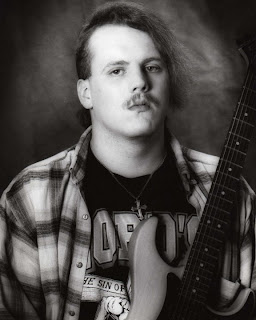 MLP, or Mike Leslie Project, is the solo project of California based musician of the same name. This is his first solo release and includes a unique take on progressive music in modern day metal. Desite being a fairly older musician, his style of creating and releasing music is up to modern day standards of downloading.
Like many newer artists coming out these days, this is an instrumental guitar based album. The sound is very unlike many newer bands, this album could best be described as progressive shred folk metal. Influences for Leslie's playing style include greats like Steve Vai and Joe Satriani as well as groups like Led Zeppelin and Dream Theater. Thus the style of this album can be determined as a shredding record with plenty of progressive twists and turns.
The metal side of the band is obvious with almost every track on here showing an heavy, distorted guitar in it. The sound of songs though are quite different, Reclaiming Glory, the title-track, is based upon a thrash riff and A Conflict of Interest is pretty much a prog song from beginning to end. The variation of metal styles does manage to come through a lot easier, unfortunately, than the folk side of the project.
The folk element of this album comes mainly in the melodies. Tracks like Release and the title-track contain folk undertones underneath guitar solos for the most part, a track like Walking In Aberdeen retains more of the acoustic natured styles of folk. The more acoustic side of the project's sound really does bring a different element towards what would otherwise be a regular shredder releasing an album that is too self-indulgent.
Overall, this is a decent release that has some great playing on it, if a little self-indulgent at times. The heavier side of the project are probably what most people will be drawn to, but the folk side, when fully embraced, is much more satisfying. If you like progressive or folk music, check this out.
Overall Score: 7
Highlights: In The Wings, A Conflict of Interest, Mary & Genevieve

Here Is Where You Can Download His Album:
http://mlpsymphony.bandcamp.com/album/reclaiming-glory

Posted by maskofgojira at 10:27 AM