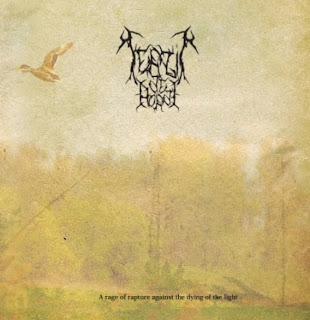 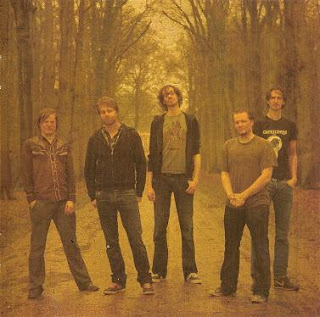 A Quiet Walk Through The Woods.

Terzij de Horde is a post-black metal band from the Netherlands. Starting out as a band Liar Liar Cross On Fire, the band grew away from their punk influenced grindcore roots into more atmospheric directions. This new EP really demonstrates a wider range of influences being accumulated into their sound.
The 4 songs on this EP range in style, length, and uniqueness. I won't say that these guys aren't promising, because from what they show on here, a debut should hold quite a few good things, but there are several things that just don't seem to fit. Frankly, this is all a personal matter more than anything, and if it doesn't apply to you, feel free to ignore it.
First of all the riffs, they're really different sounding, for black metal anyways. Having come from a more grindcore and punk kind of background, you can hear elements of hardcore and mathcore present within several parts of this album. A lot of parts within the longest track on the EP, Vertigo - A Mithraic Ritual, really bring sludge and doom to the table as well, with large amounts of feedback and slow, dirge-like riffs for a good portion of the track.
Most of the riffs are very aggressive sounding, very rarely sounding more calm. A lot of the stuff on here contains that sort of Converge kind of pent-up frustration and anger, which sounds a lot more real than some band that try to fake their way through that kind of real emotional stimulation. Some have tagged this group as having elements of screamo and hardcore in their music, little if any screamo can be found, while hardcore is mainly in the vocals.
Secondly, the vocals, which are the worst thing about the band, but it isn't that bad a thing. The vocals consist of Converge-esque screams that are frantic and aggressive sounding. What makes this the weak link in the band is that the screams are really the only vocal style that is used on here besides a few lower growls that are used more as back-up vocals.
Overall, this is a decent release from a band that shows a bit of promise. If you're into Converge or more experimental sides of -core music, or just want something a bit different, check these guys out. It's going to be interesting to see where these guys go with their music next.
Overall Score: 7
Highlights: The Roots of Doomsday Anxiety, Non Timetis Messor
Posted by maskofgojira at 11:53 AM