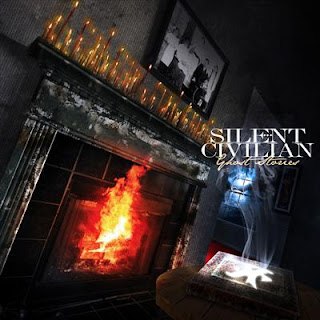 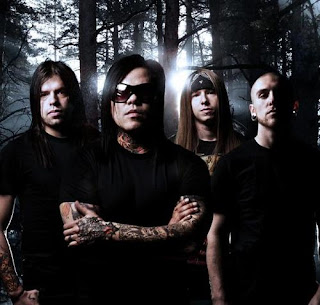 A Ghost Of A Not So Distant Past.

Silent Civilian is a melodic metalcore band California. This is their follow-up to their 2006 debut, "Rebirth of The Temple" record that earned them praises for a fresh mix of 80's thrash and modern metalcore. This new album was described by front man Johnny Santos as even more aggressive before the album was released.
If you weren't aware of what that debut record offered in terms of content, you kind of missed out. Being one of the best metalcore records to come out back in 2006, that album contained those key elements of thrash, including melodic shredding, fast paced riffs, and aggressive vocals, but, once again, you also had those metalcore parts that provided your breakdowns and clean vocals. What may surprise those that look upon the metalcore genre in disgust, might be that that record in particular contained much more thrash than -core, which, unfortunately, cannot be said on here.
Another thing that has to be pointed out before progressing any further along in here is that in the 4 years since that debut record dropped, the band has suffered numerous line-up changes and have, only within the last year or so, solidified. These new members, no offence to them, have obviously hurt some of the song writing on this album. It becomes painfully clear within the first few tracks that this album does not meet the standard that the debut set.
First, you still have totally huge sounding grooves that are sure to set any pit up for moshing, but unfortunately, most of these grooves become nothing but filler to gap the bridge between your thrash riffs or your clean chorus. Another thing that stands out as a bit of a let down is the choruses themselves. On the debut, you had choruses that were monstrous and were easy to get stuck in your head, on here, their good enough to keep you listening, but nothing special, especially the annoying Last One Standing. The solos are also much shorter than on the first record, which is more of a personal opinion than anything.
All of the above point to a lack of creative song writing, but while that stands true for a good portion of the album, there are always a few songs that are able to shine through. Tracks like Cast The First Stone and Atonement, which was best described as a Bullet For My Valentine rip-off, feature some of the catchiest stuff the album makes available to you, with great solos and vocals hooks that are memorable and catchy. The shear fact that only a handful of tracks out of the 11 on here are actually memorable enough to listen to numerous times, is a disappointment.
Overall, this record is a bit of a let down, at least to me, but still features some moments that are good. If you're a fan of melodic metalcore, think Killswitch Engage style, than you'll probably get into this a lot more than I did. Not for me, but if it's for you, go for it.
Overall Score: 7
Highlights: Ghost Stories, Cast The First Stone, Dressed In Black
Posted by maskofgojira at 12:29 PM