Circle of Dead Children - Psalm of The Grand Destroyer 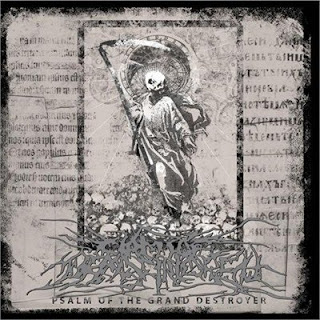 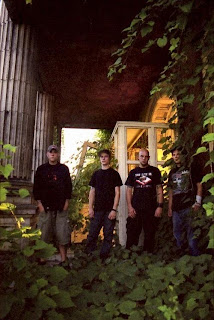 Circle of Dead Children is a grindcore/death metal band from Washington. This is their first album after a 5 year hiatus and their fourth full-length in total. Playing a style that has been compared to Cephalic Carnage at some points and Dying Fetus at others, as well as many other bands, this band has always been creatively pushing brutal grindcore music.
CoDC is a group that has always never been one to stick to "regular" grindcore standards of fast tempos and breakneck paces. Even within the album opener Avatar of Innocence, you find that the first half of the track moves at a very sludge/doom pace before it ever starts grinding. This is not to say that the whole album is similar to this track, there are a few that are, but merely making things a bit more controlled.
Musically, this is about what one might expect from a band being in the grindcore/brutal death metal genre, technical, time signatures being thrown out the window, consistent brutality, and gut wrenching speed. The music really is a bit more diverse than most bands in the genre make it, where it's usually fast or slow, this album really has room in between the two, hear tracks like Earth and Lye or Refuse to Kill The Same Way Twice. Since a lot of the tracks on here are under 2 minutes, the riffs themselves can be a bit hard to decipher due to the speed at which they're being played at, but it has to be said that they are technically impressive.
Joe Horvath proves, once again, that he is one of the best brutal metal vocalists out there right now. Every track on here has something different, or at least a different take on the same style. His range is includes everything from regular death growls to guttural pig squeals to vomit sounds that appear within more than a few songs. This is a rare occasion where his vocals on one track can sound surprisingly different than another.
The production on here is surprisingly good and clear, compared to other bands within these genres anyway. While this is by no means a polished record, it is clear enough for everything to be heard relatively well, with the exception of the bass, but that does have it's moments of clarity. Maybe not the most brutal sound for a band to have in this genre, but what is found on here can actually attract someone to listen to this without finding the mix terribly off-putting.
This is, overall, a good record from a band that I have not listened to that often. The songs on here are well crafted, the vocals are very diverse, and the production is actually fairly clear sounding. If you're wanting to check out some of the more extreme side of metal, IE: brutal death or goregrind, than this would be a great place to start.
Overall Score: 7
Highlights: Chaos Crawls Back, Obsidian Flakes, Germinate The Reaper Seed
Posted by maskofgojira at 7:05 PM