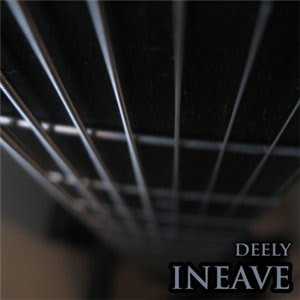 Deely is a math metal/djent artist from Poland. This is his debut recording, demonstrating the fusion of Meshuggah grooves and more clean and ambient melodies. This release really demonstrates him forming his own nitch within this new and up-and-coming style.
Though this release is only 4 tracks of instrumental djent, the riffs are catchy enough to keep your attention. Utilizing an 8 string guitar naturally will give this EP a heavier, overall, sound to it, but clean guitars and ambiance in behind the groovy low end gives this more depth. Within a track like the opener, Fellow, you get everything mentioned above, but also enough time to digest everything within several repeating parts and a cool part where everything just goes ambient.
This EP also manages to make itself varied enough so that every track is not just the same thing. The first track is kind of your standard ambient-djent stuff, but the 3 tracks that follow it are, while still maintaining a similarity to each other, different enough. Ricochet has a bit more of a progressive thrash vibe to it, while Oscilation is the most melodic track on the album, recalling a bit of Keith Merrow's style. The final track Genic is the most in vein of more prog metal stuff, think Porcupine Tree kinda vibe.
Overall, this is a good start for what is hopefully a fruitful project. Deely is still within this djent style, but since this is his first release, it is a bit expected, but he will most likely develop his sound even further into his own style as he produces more and more music. Definitely something you want to check out.
Overall Score: 8
Highlights: Oscillation, Genic

Posted by maskofgojira at 12:19 PM