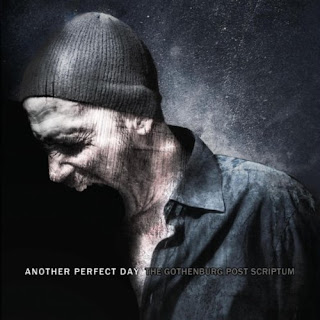 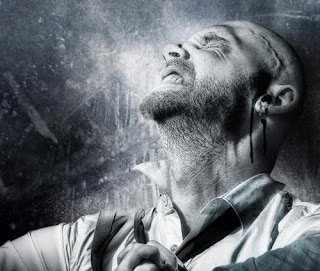 Up To Speed, Up To Date.

Another Perfect Day is a progressive death metal band from Germany. Back in the mid 90s, APD was a melodic death/doom band with a full line-up that were praised for their live performances. After the split-up Kristian "Kohle" Kohlmannslehner (vocalist/guitarist) went on to focus on his production and session work, years later, he has crafted an up-to-date version of APD with modern production and more of a prog rock influence.
Single handed, Kohle has created a new sound for the once, actual band, mixing influences of progressive rock and melodic death metal with a very produced sound. You won't find raw and aggressive sounds on here, the music is technical, but also, obviously, melodic and structured into very digestible pieces of music. Songs on here aren't too long and are easy to get into after 1 or 2 listens.
While Kohle is the main composer, writer, producer, guitarist, and vocalist, he also manages to get some guests on here as well, to fill in where he knows he cannot perform as well. Sascha Schiller (Mindfield, Stormrider, Solar Fragment) comes in a the session drummer on this record and does a fine job. Guest vocalists include Karsten "Jagger" Jäger (Disbelief), Arno Menses (Sieges Even, SubSignal), and Dan Swanö (Nightingale, Edge of Sanity, Bloodbath) on vocals.
The vocals performed are, not badly done, mone monotone than I would have liked. Kohle's growling style is very old-school, reminiscent of the style that Martin van Drunen (Hail of Bullets, Pestilence) uses and his cleans are a bit underused on here, they're not the greatest cleans or the worst, but they are good. The guest vocals add a bit more variety, clean vocals in terms of Swanö and Menses. The vocals aren't the strongest point of this album though, they do have their moments.
Musically, this album is way above the level of what might have been expected by those who listen to one-man project bands. The guitar playing on here is great, you have riffs that are very much a melodic death style, hear Until You Bleed, but also riffs that are much more progressive and technical sounding, In The End... The End. The more progressive side of the band really comes out in small doses in most tracks, but The Great Nothing is where the softer and quieter side of the band come out fully. But that's just on a guitar level, the drumming also has it's moments of unexpected showcases, and I don't mean a drum solo, you have moments on a track like The Ghost, She Slept Beside Me, where Schiller just amazing.
Overall, this is an excellent release that anyone should check out. This is not really all that groundbreaking in terms of style, but the performances are all top notch and the production really enhances them. Highly recommended.
Overall Score: 9
Highlights: For You... Forever, The Great Nothing, In The End... The End