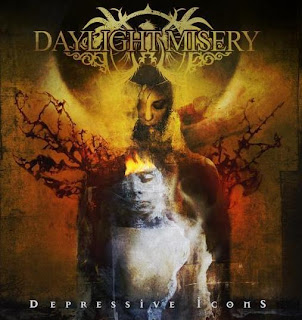 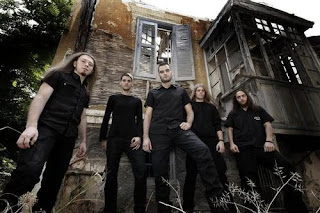 Another Word Is Sad.

Daylight Misery is a gothic metal band from Greece. This only the band's second release, and their first full-length, following last years promo CD. Showing a bit of a different route from most groups, that I know, from Greece, it's a bit different.
The music on here is more of a mix between doom/death and gothic, which makes this a bit more gloomy than your average "gothic" record with people dressed in black wearing thick make-up, trying to look sad. Most of the riffs played on here are a bit average for the style, keeping things melodic, but also slow and heavy. Most of the riffs hint at My Dying Bride and early Anathema and Paradise Lost styled death/doom. A hint of more rock'n'roll seems to be just below the surface in most of the riffs on this album, which, as weird as it sounds, actually works for them.
One thing that just struck a nerve with me was the vocals. The vocalist on here just did not seem to fit the band, in my opinion, sounding more like a lazy version of Sakis Tolis (Rotting Christ), who actually appears on the track Infinity. This really hurt the album for me, making a lot of the mood set by the musicians almost useless with the monotone and dreary vocals on top of them.
Besides Sakis, on this record you also have Efthimis Karadimas (Nightfall) on Meadows of Desire and Jakob Batten (Illdisposed) on Miserablia. Karadimas' vocals on his track are hard to distinguish from the main vocalist because they sound so similar to each other. Batten's track on the other hand features him on lead guitar, providing a soulful melody to that track. It should be mentioned that the drummer on this album is Seraph (Dark Fortress) who manages to lay down some nice grooves underneath the slow riffs.
Overall, the music on here is good, but would have been so much better had the vocals not been there, distracting from start to finish. People that are into the Greek metal scene will probably dig this, as the vocalists are contain a unique tone, but it's not for me. Decent, but not overly impressive.
Overall Score: 5
Highlights: Infinity, Endless Fairytale, Mind Games