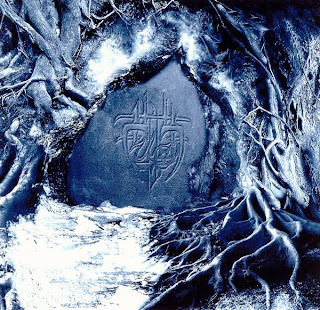 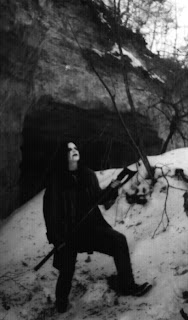 And It Brought The Cold.

Forest Silence is an ambient black metal project from Hungry. Started in the mid-90s as a side project for then Sear Bliss keyboardist Winter. The first full-length was released back in 2006 to a moderate degree of success in underground scenes.
Despite being an EP, this release is longer than some albums, being just over 41 minutes. 3 of the 5 tracks on here are over 9 minutes long, so you can expect long building tracks. A lot of these tracks actually manage to have some parts that actually manage to live up to the tag given to them, instead of playing coy trying to be something more. But, just to mention as well, that only the first two tracks on here are actually new songs, the other three are from a 2002 demo.
This EP is very much ambient and atmospheric, there's no getting around that, plenty of open sounding black metal is found on here, and even within the first track, The Symbol, there are breaks from brutality into pure ambiance. The use of ambient textures can be seen so much clearer in a project like this when you compare it to an artist like Xasthur, who does something much less textural.
It's almost weird as to how different this sounds, it's not the most original thing out there, but it's strangely different from anything I've ever listened to before from this genre. The keys on here provide, the aforementioned textures, so much more depth, and when the music goes into a slightly more ambient part, recalling bits of post-rock at points. The bass is also especially louder than what I expected, actually having a few catchy lines in the title-track, Winter Ritual.
Probably the worst thing about this EP are the 3 old tracks, which seem to have been left in the state they were in when it was first released. Their production is drastically worse and much more raw sounding, there is still plenty of depth in the tracks, but they are a far cry from the 2 first tracks. The overall vibe of these tracks does in fact compare a lot more to the sound of Xasthur. The last track, Silence, does have a bit of a different vibe though, being almost a completely ambient track.
Overall, this is a decent EP where the two new tracks are very promising. If you were a fan of the debut full-length these newer tracks should get you pretty excited. If you're a fan of more textural black metal that is still very kvlt, check this out.
Overall Score: 7
Highlights: The Symbol, Winter Ritual

Posted by maskofgojira at 11:37 AM