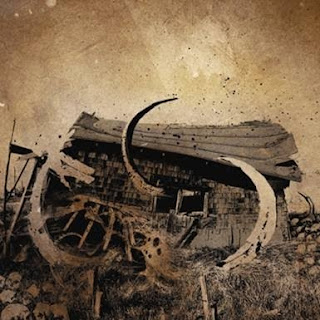 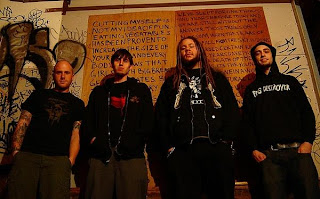 It's All Coming Together Now.

Clinging to The Trees of A Forest Fire is a Colorado based sludge metal/grindcore band. This is their first record for Prosthetic Records and second overall full-length. This record contains material that would make any spazz metal fan salivate.
The oddness of labels has made it hard to categorized these guys with just one tag. They've stated themselves that they are too fast for sludge/doom but too slow for grindcore. While these prove to be true at some points, the band prove to showcase more of the grinding, fast, and technical side of their sound on this album. But that isn't to say that there aren't moments of slow, groovy, and sludge on here as well, but most tracks don't ever seem to focus on just that side, usually going into a spazz fest after a cool down or the opposite.
The moments when things do slow down, things really get groovy and sludgy. The sludge moments, as previously mentioned, provide a bit of a cool down after a barrage of fury and aggression that is natural of the grindcore genre, but even then the actual aggression doesn't stop. Tracks like Gold Frankincense and Myth or Recession are more in the sludge vein, but are absolutely bone crushing and heavy.
Vocally, they are quite good, despite the tag, the screams recall, more or less, a bit of Tomas Lindberg (At The Gates, Lock Up). Higher screams dominate for most of the vocals, but you'll occasionally get some lower growls that have more in common with Barney Greenway (Napalm Death), hear a track like Shat Out My Bones. These are your more primary styles, but they do the job, as far as I can tell, great just due to the assertive nature of the music really demands for vocals that are of this nature.
Songs on here don't mess around, everything is filled to the brim with little to no filler, in terms of excess space. The 33 minutes album that this is, there are almost no bridges between tracks, one ends just to punch you in the face again, tracks like Piss and Empty are short and sweet, with the former being just over a minute and the latter being under that. While slower tracks tend to be, at the longest, just over 6 minutes, the final track Remove The Light.
Overall, this is a good, chaotic, angry record full of enough grind to, once again, make any fan of that style salivate. Very few records have got me this charged after listening to a record, these guys really have that raw, pure aggression that I love. Definitely check these guys out if you haven't heard of them already.
Overall Score: 8
Highlights: Cloven, Recession, Made of Coal, Remove The Light

Posted by maskofgojira at 12:12 PM