The Descent of The Sun - Depression By Manipulating 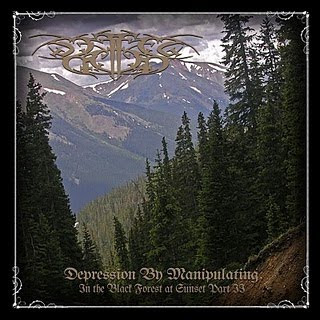 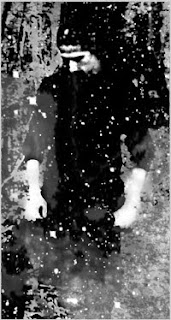 In The Black Forests At Sunset Part 33, Apparently.

The Descent of The Sun is an ambient black metal project from Argentina. The only member of this project is Unsilent who has put out numerous releases under this project over the years. As far as I know, this is the first "official" full-length album, after having released countless EPs, splits, and singles over the years.
In previous albums, tracks have been much more expansive and taken a much more ambient approach; this album is more in the vein of Burzum. While the guitars, drumming, and vocals are the black metal any traditionalist might expect, this does indeed contain a very keyboard heavy sound. It's fairly obvious that Unsilent has listened to "Filosofem" a lot, as this album's overall keyboard oppressive sound is similar. The 6 tracks on here really seem to be ranging from that style to the typical ambient only sound of older releases.
The first "real" track on this album is Depressing Paths Through Fullmoon Forests, which is a cover of German depressive black metal band Sterbend. Having never heard the original, I can't say all that much about it, but it is one of the more engaging tracks on this release. The 2 other tracks around this track are ambient pieces that contain piano, flute, and atmosphere primarily, and seem to almost strengthen that track by allowing that track to feel, by comparison, so much more aggressive and heavy.
The 3 tracks that make up the second half of this release are much more lo-fi sounding. These last 3 tracks are also the longest, each one begin around 13 minutes. Buzzing guitars, light and slow percussion, screamed vocals, and mournful atmospheres comprise, more or less, the basic sound of these tracks. And Desolate WinterMass starts off this way exactly before moving into an epic sounding ambient soundscape for the later portion of the track. On Paths In My Sadness Forgotten on the other hand keeps a very minimalist structure, remaining virtually the same for it's 13 minute, exactly, coarse with little change except in the keyboards. These 3 tracks are perhaps a bit better suited to being used as background music rather than something you listen to in the car or something.
Overall, this is a decent album that I can't really bash for doing something that I don't usually listen to a lot. This is probably one of the more accessible releases that Unsilent has actually managed to release with this project, seeing as it doesn't contain 30 minute ambient/drone pieces. If you're into stuff like Burzum or Sterbend or other bands like that, check this out.
Overall Score: 7
Highlights: Depressing Paths Through Fullmoon Forests, On Paths In My Sadness Is Forgotten

Posted by maskofgojira at 11:38 AM