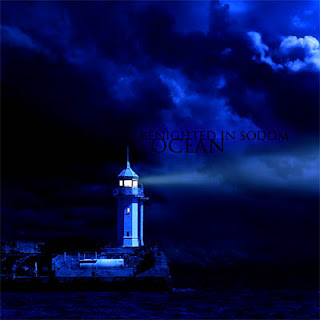 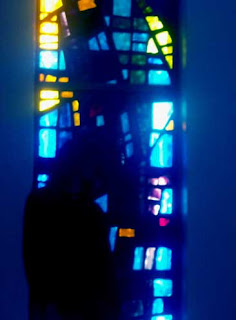 Benighted In Sodom is an experimental black metal band from Florida. Started by the Matron Thorn in 2004, he has continued to explore different territories with this project. This new EP really goes back to mixing electronica and industrial elements with black metal.
There are only 2 tracks on this EP, both under the title of Ocean I and Ocean II. Like mentioned above, this release moves back towards mixing electronic music with black metal, and that is something that Matron Thorn has always seemed to excel at within this project. The main sound is most definitely comparable to ambient and atmospheric black metal, but much better produced. The guitar carry on with more black metal influenced playing, while more ambient and industrial textures manage to draw you in by swelling upwards then falling back into the background.
While this is firmly rooted in black metal, the obvious inclusions mentioned above multiple times above of industrial, ambient, and electronica, there are still some moments on here that don't fit those tags. There are several moments within the middle of Ocean I where the riffs seem a bit more progressively inclined than the normal riffs otherwise played on the track. The beginning of Ocean II contains some beautiful playing and orchestration that seems more like post-rock than anything else.
Unlike many newer black metal vocalists, Matron Thorn's vocals on this album are sounding more original than anything I've ever heard from a vocalist. While there isn't a whole lot of vocals on here, the vocals remain in a harsh and gravel-like growl sound. This may not be my favorite style of vocals, but it certainly is a more original style that I've heard from the genre.
Overall, this is a solid release that has some really excellent moments on it. Being one of more experimental bands to come out of the US in recent years, Thorn's way of composing is certainly original. If you're a fan of the more progressive and industrial side of black metal, check this out.
Overall Score: 7.5
Highlights: Ocean II
Posted by maskofgojira at 7:46 AM