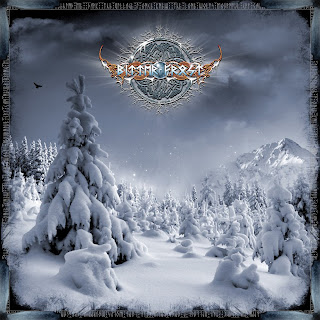 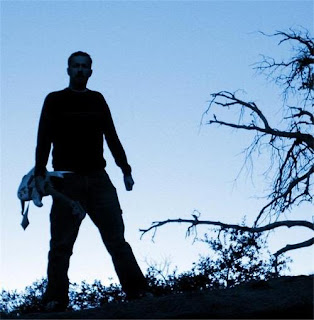 It's In A Forest, But The Sun Is Out.

Bitter Frost is a progressive/avant-garde black metal project formed by Swedish Musician Christopher A. Erikson. This project has spanned numerous years and many other bands before finally coming to fruition. Utilizing his unique brand of black metal as well as many guests, this is one of the most unique forms of the genre to come out recently.
In today's musical landscape, black metal has proved to be one of the most flexible genres within metal, being able to combine itself with not only other metal genres, but styles outside of metal's boundaries and make itself change and meld with that genre. This proves to be so on Bitter Frost's debut album, being able to combine elements of traditional melodic black metal with what many probably never imagined and hoped would never occur, power and neoclassical metal. Erikson states that one of his earliest inspirations for picking up a guitar was Yngwie Malmsteen's "Rising Force" album, and that is evident within this album.
This album really does manage to explore many different elements that are usually not as prominent in black metal. The use of more neoclassical and power metal elements along with what could otherwise be looked at as a progressive symphonic black metal album, only provides this album an even more unique sound. The sounds found on here all very and can be taken from all of those genres, a track like Novus Ordo Seclorum is much more black metal oriented while Signs That Point to Nowhere demonstrates much more of the neoclassical style guitar playing. Possibly the only other band to even come close to this project would be Wintersun.
The use of 7 different vocals that range in style also make this for a unique listen. You have everything from traditional black metal screams to soaring power metal singing and death metal growls on here allowing for a massive degree of variety. For someone that likes variety this is one of the best things next to the stuff that Arjen A. Lucassen puts out.
Another thing about this album is that even though several tracks are long, none of the tracks really feel as long as they are. Tracks like Till Norr and Vulnere Virtus both top 8 minutes, the latter topping 10, but feel just as long as any other track on here. Even the epic, 4 part, the fifth is on the bonus edition, Oplexicon tracks, fit so well together and are structured so well, that it just seems to go by in a flash. There were very few tracks or moments on this album that felt out of place, the only song that I really had a problem with was the already mentioned Novus Ordo Seclorum where most of the vocals just didn't feel right with the song.
Overall this is a strong album with a lot to listen to and lots of variety. Definitely one of the more unique sounding albums I've heard in a long time, there is a lot going on within any given track. If you like music that is different and takes chances, look no further, check this out.
Overall Score: 9
Highlights: Astral, Nemesis, Vulnere Virtus, Oplexicon IV - Arrogance

Here Is A Link Where You Can Download His Album:
http://bitterfrost.bandcamp.com/album/special-edition-cd-2

Posted by maskofgojira at 11:42 AM