October Falls - A Collapse of Faith 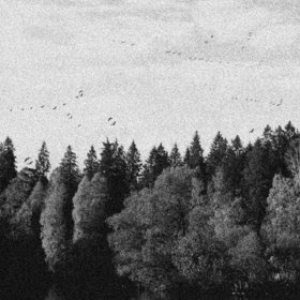 The Answer Lies Within.

October Falls is a progressive black metal project from Finland. Created as an outlet for M. Lehto (vocals, music), V. Metsola (bass) and M. Tarvonen (drums) came into the fold. After two full-lengths and experimental folk EPs this is the most unique undertaking project he has attempted yet.
While previous albums have dabbled in songs that could be put together in a concept-like form or like a stream of songs in their flow, this is the first record where Lehto has decided to make only one song. This one song is just over 40 minutes, but is divided into 3 separate parts that flow into one another seamlessly. One song on an album is usually one of two things, completely boring and a total waste of time or an epic piece of work, this falls into the latter.
October Falls' previous outputs have compared them to groups like Opeth, Katatonia, and early Ulver, all of which can be seen, though this album really isn't all that different in that regard, this track seems to transcend all of it's influences or comparisons. While the 3 dividing tracks on here, except the last track, are all over 15 minutes, they never feel long at all. There is enough going on within here to make it seem like only half the time. There are still moments of prog rock, black metal, and folk on here, but never before have they been blended this well.
There are enough dynamic shifts within a track to make an Opeth fan salivate. But be weary, long songs/tracks that flow together into one might not have the intended effect on some, there is little to no wankery on this album, choosing a route less explored by using less soloing, there are still solos, and more atmospheric builds. When the band goes metal, it's melodically aggressive and pounding, when the band go folk, it's melancholic and mournful.
Melody is another thing that this album contains a great deal of throughout. No matter what section of the album you put on, the all acoustic folk guitar parts, the blazing black metal riffs, or the balladous piano moment at the end of part two, melody is always there. This fact should be enough to entice people into at least checking this out, just knowing that this isn't too out there for someone to get into, it's not proggy enough to make you think that all of this is pure wank territory, it's not black metal enough to keep your adrenaline pumping from start to finish, and it's not folky enough to make you think beer and parties, this thing could easily double for another, not copy mind you, version of Opeth's early years, think "Morningrise"-era.
Overall, this is a fantastic release that perfectly exudes the presence of progression. This is a record that truly becomes better with each listen and does not grow old quickly. If you're into bands mentioned above or any of their comparisons, this is a must.
Overall Score: 9.5
Highlights: Every Track Is A Highlight

Posted by maskofgojira at 9:36 AM