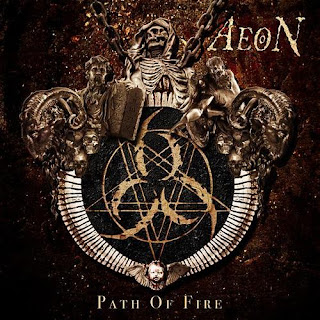 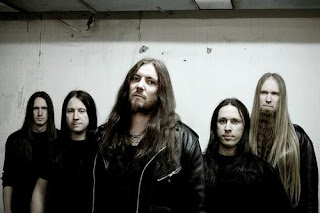 Is This Their Highway To Hell?

Aeon is a technical death metal band from Sweden. Having gained a decent amount of notoriety from praises from highly known acts like Cannibal Corpse and The Black Dahlia Murder, these guys have moved up the death metal latter quite quickly after releasing their debut record. This is their third full-length release, and the second one released on Metal Blade Records.
Sadly, if you had hoped that Aeon would take a more Christian friendly polka route for this record, you will be disappointed. This album is just as, if not more, technical than their last, filled with breakneck tempo shifts and crazy riffs. This album also continues the streak of even more brutality and aggression that Aeon have set for each record.
Tommy Dahlstrom's vocals are also just as fierce and brutal as ever. He is definitely one of the best growlers within the entire death metal scene, demonstrating the same sort of rapid fire delivery that George "Corpsegrinder" Fisher (Cannibal Corpse) and Francesco Paoli (ex-Hour of Penance) have demonstrated. His skill in shifting from brutal lows to powerful highs with ease, Suffer The Soul is just one prime example, is definitely worthy of taking notice of on it's own. His lyrics also haven't changed much either, anti-christian as ever with a very dark sense of humor to them, whether that was intentional or not.
Possibly the only bad thing on here would be the guitars, or how they sound on here. For the most part the guitars are a little muddy sounding, with lows being drowned out and sounding jumbled together. But the players themselves are great at what they do, writing tight and efficient riffs that are technical but catchy. Depending on your opinion of them, the guitarist frequently make use of squeals within these songs, listen to the main riff on Inheritance.
Song writing is as efficient as ever, with concise songs that, for the most part, are all under 5 minutes and kept in a structured format. Choruses in tracks like Of Fire and Liar In The Name of God are fiendishly catchy and melodic sounding. In a similar fashion to Arsis, Aeon are becoming increasingly melodic sounding, but unlike Arsis, Aeon are keeping their more brutal side in tact.
Overall, this is a great follow-up to their last record, and while it's not as catchy as that record was, this album takes a bit more of a classic melodic approach. Any death metal fan, new or old, should definitely check this record out. Very few death metal records nowadays manage to get such a great mix of old and new without one sounding contrived, these guys manage to achieve that sound.
Overall Score: 8.5
Highlights: Kill Them All, I Will Burn, God of War

Posted by maskofgojira at 10:14 AM