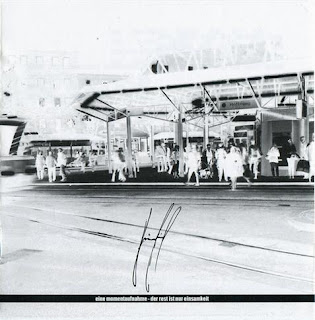 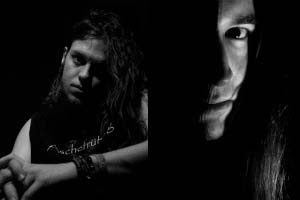 Hello Mirror... It's Been A While.

Thränenkind is a depressive/post-black metal project from Germany. The two members of this group are one of the most acclaimed, in the years they've been active, for their unique take on the genre. This release is more of a re-release as oppose to anything new, but does feature a better take on some of these songs.
As the statement above said, this EP doesn't contain anything new, except for the opening track, and is more of a re-release of their demo. While some may prefer the more lo-fi sound and more raw take on the project's sound, the newer and updated production does allow for a clearer and, at times, even more ambitious style to be heard. Atmospheres and melodies are clearer, but aren't really benefited from any of the better production. Fans of the demo will be happy to know that even though the production is better, the aggressive side of the band is still very raw.
After the beautiful opening track, Kirschbaum Im Frühlingswind, which is all piano, the band returns to their melancholic trademark. For those that aren't aware of Thränenkind, the acclaim that they have garnered from their demo is well deserved. The sound on here, as well as the demo, is not typical of the "depressive/suicidal" scene that they have been lumped in with, though they do have the very dreary and melancholic nature of that scene, their melodies are a lot more like bands that Neige has been a part of, like Amesoeurs or Alcest, that use more shoegaze and post-punk influences.
This is, overall, a very good example of "depressive/suicidal," if you want to label this as such, should be presented. Fans of any of Neige's projects should probably check this out, as well as if you're into the post-punk or shoegaze stuff and you want something a bit more aggressive. This is a fabulous EP and, even though only 1 track is really new, it still captures the essence of the style in a bubble almost perfectly.
Overall Score: 8
Highlights: Eine Momentaufnahme, Die Euphorie Des Augenblicks
Posted by maskofgojira at 11:56 AM