Forgive Me - Last Drop of Life 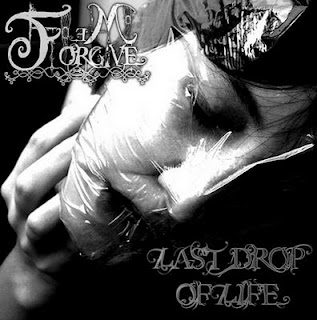 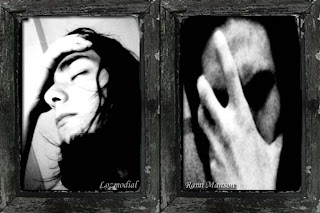 Forgive Me is a depressive black metal project from Jordan. Formed by Lord Azmo of the funeral doom project of the same name. The intention of this project was to create and represent the absolute form of sorrow within a musical context.
Beginning with the intro, January: Entrance For The Ending, you can almost assume that this is, or at least can be seen as, a concept album. Suicide, depression, unhappiness, all of these and more can be found in here, but seem to actually be a bit more "real" than most of these other bands popping up now. The very raw sound that many bands seem to use to try and convey their sadness is on here, and it's undeniable that it doesn't do to much from a listening perspective for most listeners, unless you're really into that; but on here, while remaining raw, sounds more dreary and mournful, rather than tiresome and sad.
The production really keeps a lot of the record in a haze. The guitars are very fuzzy and distorted, while moving a slower, more moody pace creating the room for the harsh screams and low spoken word vocals; by the way, the vocals are lower in the mix. The drums are, like one might expect, very minimalistic and feature little variation from a strict pattern to keep the mood dark and morose.
Probably the worst thing, I found about this album is that some tracks really just seem to blend together. While there certainly are tracks that stick out, like Forgotten Tomb cover of Springtime Depression, a track that really seems to get the point across, or the longer and more indulgent tracks like Life = Nightmare that just seem to bring a lot more melody to the table, a lot of tracks don't really differ in sound all that much from the one before it. The Forgotten Tomb cover, by the way, still has the safe effect here as it did on the original album it came from, with a truly morbid and self-loathing sense of atmosphere pervading throughout it's performance.
Overall, this feels like just another depressive black metal band trying to convey their sorrow. I won't deny that this album feels a bit more real, emotionally, than some of the others, but the vision I don't find any more satisfying. If you're a fan of that style, check this out, otherwise, there are some other guys in the genre that will get your blood curling and your eyes dreary.
Overall Score: 7
Highlights: Life = Nightmare, My Wretched Branch

Posted by maskofgojira at 11:44 AM