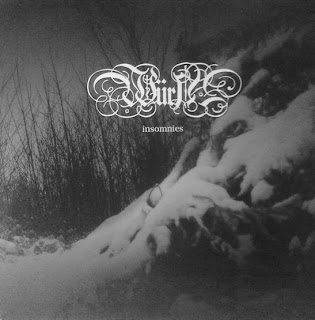 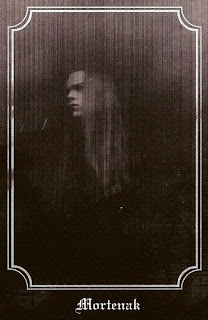 Würm is a depressive black metal project from Canada. This is labeled as his second full-length album, but could really be looked at more as a compilation of material. Most of the tracks on this release have been put out at other times, and from what I can tell, are still in the same shape as they were back then.
The first 2 tracks on here, are the longest by the way, Chapitre I and Chapitre II are both from the 2008 "Nocturnes" demo. Both of these tracks feature absolutely beautiful piano intros that last for minutes, but fit the depressive mood so well that it's hard to not feel some sort of emotion when hearing them, allowing the time to go by so much faster. The more metal side of these songs have more in vein with traditional black metal more so than the slow going depressive tag does, with more mid-paced guitar playing and aggressive drumming. I won't lie and say that this doesn't have it's moments of clean guitar or that it isn't repetitious, because it is, but the fact that there is so much more within these tracks that is not usually attached to the bands in that genre. Probably the only negative aspect of these tracks is that in the final minutes of part two, some sort of choir begins playing.
From the second that Days Are Like Years begins, you realize just how much of a difference these two sides, as I'll put it here, are from each other. While side one, the two tracks above, are longer, more elaborate compositions with decent production, you can certainly tell that this is much more raw and lo-fi-ish. The songs on this side are much more in the vein of black metal's roots. These tracks come from demos from 2003 and 2004, so obviously things were not as great as they are now in terms of home recording. The next two songs are even worse off production wise, with very grainy guitar noise and raw vocals screaming at you.
Mortenak's vocals are not what you'd expect out of a solo act that does everything himself. Most projects like that usually tend to have vocals as just shrieks of blathering, for the most part anyway, on here, the vocals are more reminiscent of Abbath Doom Occulta (Immortal), but obviously that's still a bit of a stretch. The screams are more throaty while the few clean vocals on here are more soft and whispered and in the background for the most part.
Overall, this is decent considering it's simply older songs put out in one package. This isn't going to thrill anyone with a bunch of new ideas, but you can certainly tell how Mortenak's style has evolved in the years he's been with this project. If you're into this kind of depressive/traditional black metal, check it out.
Overall Score: 7
Highlights: Chapitre I

Posted by maskofgojira at 9:02 AM