Mortualia - Blood of The Hermit 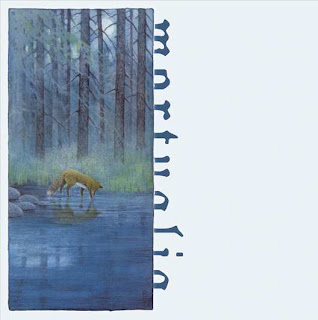 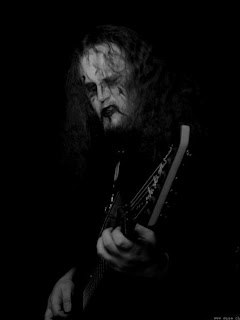 Reborn From The River Of Life.

Mortualia is one of the many solo projects by Shatraug. This is his second release under this project name and continues with it's depressive black metal style. Continuing with themes of desolation, isolation, and winter, this is a black metal album for sure.
The best description about this album was that it is the spring to 2007's self-titled "Mortualia" winter. Where that album was cold and desolate sounding, this new one features some more warmth and glow towards it's presentation and sound. You still have the cold and ice, but it seems to be thawing out before the heat comes in.
Despite the more depressive tag, the route taken on this album, and really anything Shatraug has released with this project, is much more melodic. Long tracks that top 10 minutes feature lengthy guitar passages which are slow, but have a sense of melodicism and don't seem to draw on and on, often changing the riff after a few times around. The overall vibe is still certainly a depressive one, but the riffs themselves aren't what you'd categorize them as.
Shatraug's vocals sound as tortured as ever. High pitched wines persist, but never consume, the sound, seeming to only enhance the depressive mood, this is especially the case in The Sinister Shine. Compared to most screams, in this depressive scene anyway, these sound a bit more "black metal," with more of the rasp kind of style to them.
Overall, this is a decent record for how depressive the debut was, this makes up for it by being a bit easier to listen to entirely. Fans of black metal, in general, will probably check this out just due to Shatraug's notoriety with bands like Horna and Sargeist. Black metal that is depressive, but not depressive black metal, check it out.
Overall Score: 6.5
Highlights: Manic Euphoria, Pain At Least...

Posted by maskofgojira at 11:04 AM