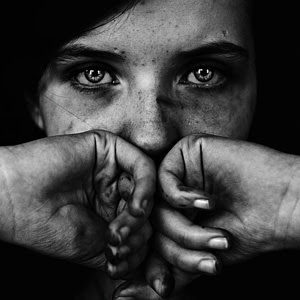 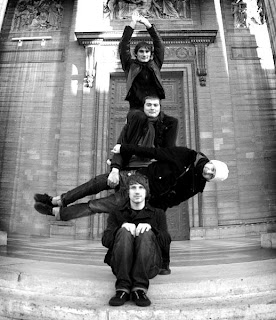 Celeste is a hardcore/black metal group from France. They have made quite a name for themselves with their unique style in their few years of existence. This is the band's third full-length in their 5 year long career.
Celeste's style really consists of some of aggressive sounding blasts that push into your skull. Tracks utilizing elements of both Converge as well as Gorgoroth, hardcore aggression and the occasional breakdown with tremolo picked riffs and harshly screamed vocals. Their seems to be a surge of adrenaline that carries through every track, creating fast pacing for the faster tracks like Ces Belles De Rêve Aux Verres Embués but keeping the same intensity on slower tracks.
But besides all this aggression and a barrage of punches to the face, there is also a very prominent atmosphere dwelling within these tracks. I was surprised when someone mentioned the tag post-metal for this, as these guys don't really have the sort of building that one might find within that label. But I eventually found that while the music does not seem to move like waves, there are some elements of that genre to be found on this album. This album's overall sound is a wall, so much is coming at you all at once that it can be almost daunting at some points, hear En Troupeau Des Louves En Trompe L'oeil Des Agneaux for proof of this. When the band do actually slow down, the music does in fact air out.
The band, during some tracks, move into more of a doom influenced sound, not really hardcore or post-metal, because of the shear heaviness of the riffs aren't really layered or textured enough for the post-metal side and aren't fast enough for hardcore. Tracks like (S) or De Sorte Que Plus Jamais Un Instant Ne Soit Magique do this to a T, with riffs that are slow and epic sounding. These parts are actually some of the heaviest moments on the record in fact, not the constant assault of anger, but the slow and groovy tension filled sections that take the cake.
This is a really different record, due to the fact that I haven't heard their 2 previous releases, I can't say much, but I find this band to be really intriguing. The mix of styles may not be the most unique thing out there, but the sound of this record is just so full and big that it rivals records by Dimmu Borgir in terms of how epic it sounds. This is by no means as grandiose sounding as that, because this still maintains a raw edge to itself, but shear forcefulness is close to the same, if this doesn't beat Dimmu.
Overall, this is a strong record that has a lot of replay power. A different take on hardcore and black metal, not the sort of stuff like Abigail Williams, but much more entertaining and unique. If you're into something aggressive but has depth, check this out.
Overall Score: 8
Highlights: Les Mains Brisées Comme Leurs Souvenirs, (S), De Sorte Que Plus Jamais Un Instant Ne Soit Magique

Posted by maskofgojira at 8:41 AM